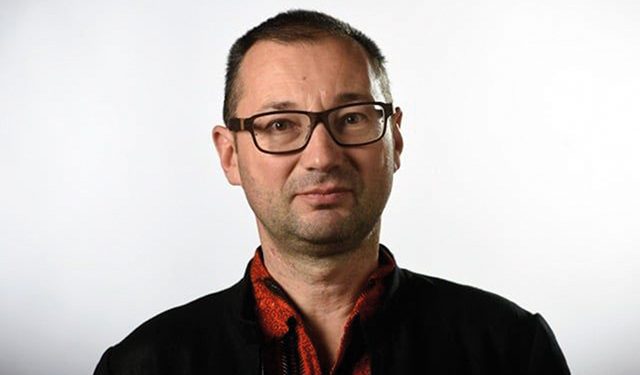 Credit Suisse has an enormous amount of problems as it is. This Ivanishvili case is just one small part of the problems they have – says Bernhard Odehnal, reporter in the investigative team of the Swiss media group “Tamedia”, in an interview with Radio Free Europe’s Georgian Service.

Let’s start by hearing your take on this whole Ivanishvili vs Credit Suisse affair – why has it become so controversial?

Controversial is actually your expression – I’m a bit surprised that you regarded this as controversial because, from the Swiss perspective, I don’t see any controversy, at least with the media reporting. The last big coverage on that issue was sometime in March-April, when the verdict in the Bermudas came out. All the media reported that Credit Suisse has to pay 550 million. There was hardly any coverage of the issue after that because there is a war going on and most of us are focused elsewhere. And then there was coverage of a former partner of Ivanishvili, a Russian oligarch Vitaly Malkin, who is also suing Credit Suisse. But that was it. So I am sorry, but I don’t see a controversy here from the Swiss point.

The fact that the last big coverage was in April is something certain people seem not too happy about – MKD, the law firm defending Ivanishvili’s interests, claims the Swiss media is ignoring their press releases where they highlight gross violations by Credit Suisse.

I don’t think that Swiss media, at least ones I work with, receive press releases from Georgia. They don’t have to, because Ivanishvili and his group are engaging a very famous Swiss lobbyist – former Swiss Ambassador to Germany, Thomas Borer. So I am quite sure that he would have provided them (Swiss media) with information. And I’m also quite sure that we did not ignore this information in the reporting.

Interestingly enough, the press release they are complaining about the lack of coverage on is available on their official website only in Georgian.

“Well, then there might be slight difficulties here for Swiss journalists. But as I said, they engaged a lobbyist in Switzerland, and I can only guess that they invested a lot of money there, too. I’m sure that Mr. Borer would have provided such information, and this information would also have been included in the reporting. I don’t understand all the complaints, because there was massive reporting about the case. There is a Swiss media databank where you can check all the articles, so the claim that Swiss media is ignoring the case is totally absurd.”

According to the ex PM’s side, Credit Suisse sent them a letter saying they are withholding from paying based on the complex situation in the region, hinting at the recent EP (non-binding) resolution, which calls on the European Council to consider sanctioning Ivanishvili as an oligarch. reporter in the investigative team of the Swiss media group “Tamedia”. We asked our respondent how common a practice this is.

“I am not a Credit Suisse spokesperson and I haven’t seen that letter published anywhere, so I don’t know whether such a claim has really been made,” he tells us. “In general, I can only say that Swiss banks have a problem now with sanctions because they were accused of somehow bypassing them – the Swiss government is following the EU rules on sanctions on Ukraine, so the banks also have to follow them. And they’re coming against accusations that they tried to bypass these sanctions, knowingly or unknowingly. It’s quite a big problem for them, and I can understand that they are being very careful. But I don’t know in this specific case if this argument really came from Credit Suisse or if it was just made up by the Georgian side. I can only say it’s a sensitive issue. And I can understand the banks when they say we have to be careful. And if the Europeans consider introducing sanctions on a specific guy, then we will wait to see what happens – if there are sanctions or not. If sanctions are introduced, and you forward money to this guy, then you can get in much bigger trouble.

The Georgian side claims this is all happening because of “political pressure” and “an attempt to get Georgia involved in the war in Ukraine” by threatening to either sanction Ivanishvili or withhold his financial assets. What would be your take on this claim?

Political pressure would mean that politicians in Switzerland are putting pressure on the bank not to fulfill obligations, to draw Georgia into the war in Ukraine? Or not even Swiss politicians, but some people in Europe? That’s even more absurd – someone in Europe tries to pressure Swiss politicians in order for them to pressure the Swiss bank to “draw Georgia into the Ukrainian war?” It sounds more and more absurd each time I say it. Credit Suisse has an enormous amount of problems as it is. This Ivanishvili case is one small part of the problems they have – so it would be toxic for any politicians to get involved in the bank affairs of Credit Suisse now, and I’m pretty sure they won’t do it. The lobbyist Thomas Borer, he has a bit of history – he was working for the Kazakh government and tried to influence politicians in Bern to work in the interests of the Kazakh government, which caused a huge scandal, but that was some time ago. And I actually very much doubt that any Swiss politician would be tempted by him now.

Be that as it may, the ruling Georgian Dream party is claiming that this precedent undermines trust in the Swiss banking system. As a Swiss journalist, how “waterproof” is such a claim?

Swiss banks had huge problems about 10 years ago, especially in the US, when they were accused by the US of helping customers there of tax evasion. And they were even forced to issue the bank data of their customers, which is usually an absolute no go. I mean, this is sacrosanct. But that was 10 years ago. And since then regulations got strict, the banks themselves worked on the internal control systems. So I would say now, it’s only a problem for Credit Suisse, for their reputation. Because of these cases, they lost a huge amount of money, because they invested in the wrong investment funds and in hedge funds which went bankrupt, and now they are accused that they helped the Bulgarian mafia laundering drug money. Ivanishvili is one part of their problems, but it’s not even the biggest part. But still, it’s a specific Credit Suisse problem. And I would not say that it concerns the whole Swiss banking sector. We have more problems with the sector of lawyers and trustees, who are not under control. For instance, from the Pandora papers, we saw that there are hundreds of Swiss lawyers and trustees who helped oligarchs all over the world to hide money. But that’s not a bank problem. That’s another problem.

How will it affect the proceedings, if the ex PM does indeed get sanctioned, either by the EU or the US?

That’s a difficult question to answer. I think it will be up to the court to decide, because even if you get sanctioned, then the reason as I understand it would be because of pressure that his party puts on media in Georgia. And then it begs a question: how does this affect an old case? I think even the court will not be able to decide on this. And so I think the Ivanishvili case will stick to Credit Suisse for a long time yet – they will not get rid of it.