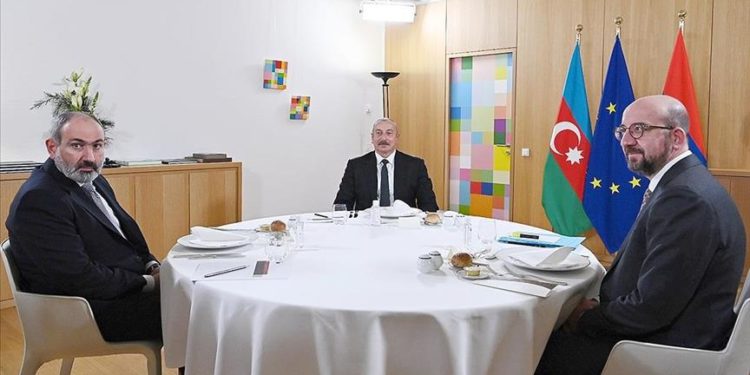 The leaders of the Caucasus nations of Azerbaijan and Armenia are set to meet next week in Brussels with Charles Michel, the president of the European Council, amid renewed tensions over the disputed region of Nagorno-Karabakh.

Based on the Michel’s weekly schedule posted online, the leader of the 29-member council will gather next Wednesday for a tripartite meeting with Azerbaijani President Ilham Aliyev and Armenian Prime Minister Nikol Pashinyan.

Relations between the two countries have been tense since 1991, when the Armenian military occupied Nagorno-Karabakh, also known as Upper Karabakh, a territory internationally recognized as part of Azerbaijan, and seven adjacent regions.

New clashes erupted on Sept. 27, 2020, when during the six-week war, Azerbaijan retook several cities and 300 settlements and villages.

The 2020 conflict that killed more than 6,500 people ended with a Russian-brokered ceasefire that saw Armenia cede swaths of territory it had controlled for decades and Moscow deploy peacekeepers to the mountainous region.

Last week, Yerevan and Moscow accused Baku of violating a ceasefire in the Russian contingent’s zone of responsibility.

They accused Azerbaijani forces of capturing the strategic village of Farukh in the Askeran region of Nagorno-Karabakh, where three Armenian soldiers were killed.

Baku rejected the accusation, insisting the area was part of its internationally recognized territory.