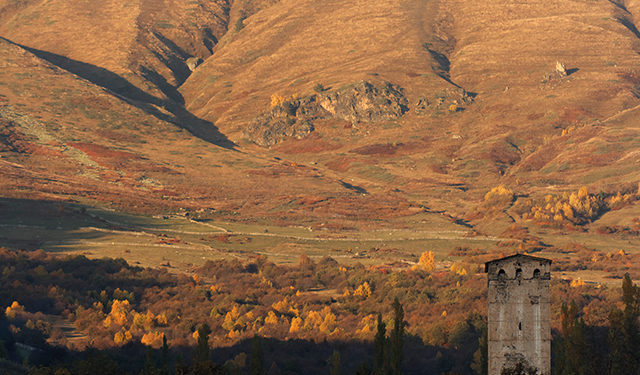 The season’s fruits come out ripe: grapes, apples, pears, quinces, walnuts. The apples, at least up here, are far too many, and many rot or freeze on the trees, or fall and do likewise, the region’s most unpopular gift. We dry, boil for jams and sauces, pickle, make wine or liqueurs, or freeze what we can. Any new recipes to try, different ingredients such as spices or whatever? The cellars and under-stair spaces fill up with jars and bottles.

Halloween? Not up here at all, not even a whisper of it, except possibly a paragraph or two as part of traditional offerings in some of our English textbooks.

Smoke from burning harvest leftovers, especially of corn and potatoes, scents the air with the unique aroma of October. White sacks dot the potato fields, and our neighbors send them full to Zugdidi, where Svan potatoes are prized. They might then shovel the last year’s cow manure from the barns onto sleds, which oxen will pull to the now empty fields to be dumped and wait until spring comes to spread them by rake and begin the growing cycle anew.

The buyers of Svan sulguni cheese, another expensive item in Zugdidi, come through in their van, and we unload several thousand GEL of what we bought cheap and stored in brine until now, a tidy profit. Some of it I’ve tried smoking or at least keeping in the fridge for some months instead of in the brine, with much more interesting results flavor-wise in my opinion. Yes, the mold can be scary to look at, but (to me) it also tastes fantastic, and it’s obviously safe, because I have both lived and flourished to tell the tale. 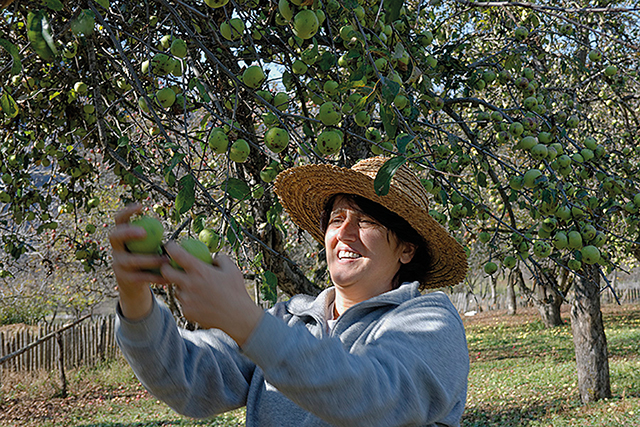 People store scythed and field-dried haystacks in their barns for the bovines to eat all winter. Much of this is still cut by hand, but some farmers are switching to gasoline-powered cutters now.

We layer up as temperatures fall, and consider when first to light the roaring big Svan stove. (In my house, we mostly use it only for heating, not much for cooking; or we’ll add something to bake or roast when using it anyway. Electricity here in Upper Svaneti is free, so we cook as much as we can using our electric oven or single cooking ring.)

I gather all the nicely dry scrap wood from our ongoing café construction project while weather is dry, and sort it as I’m going. Sawdust first, to sweep up for smoking cheese, tomatoes and other things. All the smaller pieces of wood go into sacks which I’ll store either in the barn or under the house floor, for dry, hassle-free access. If it’s big enough to see and pick up, I can burn it! The next size up are short enough for the stove but too wide, so, piled for splitting with the axe, then also to sack up or at least stack. Finally, another pile is of pieces both too long and too wide, so: chainsaw first (this too is electric) and then split and store. 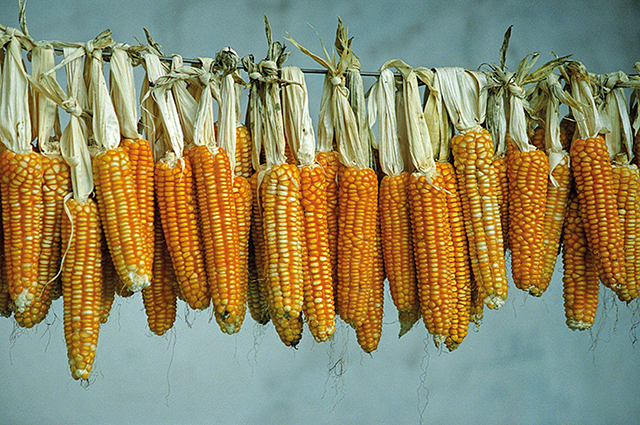 The café has a level floor on our land’s mild slope, which has opened up a huge new under-floor storage area too, and even an attic under the A-frame roof which is finally on. Eventually, we’ll put many things under the floor to keep them dry: next project’s cut wood planks and beams, stacked with spacers to dry staying flat and not warping; extra cement blocks; shelves for smaller items (all things not tempting to petty thieves, which unfortunately cannot be discounted here). Nothing locked up, because it’s generally things which everyone else has too or doesn’t want.

The café attic might eventually take an extra rough-it guest or two in overflow situations, once there are stairs or at least a ladder to it. Really, though, we’re trying to cut down on having extra STUFF, because our lives are full enough with it already; so we shouldn’t be eyeing it as another place to put excess belongings. Time to chuck out or give away what we don’t need and haven’t used for years now. 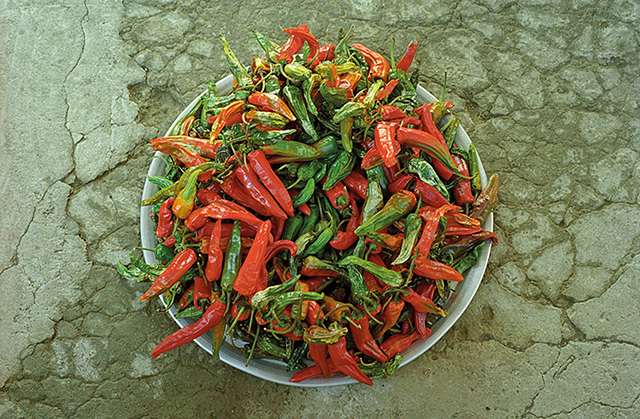