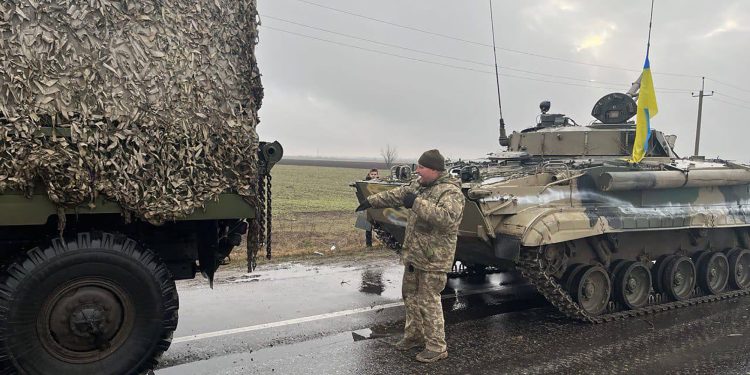 Ukrainian soldiers pose with captured military vehicles of Russian forces in the Nikolaev, a city near the Black Sea in southern Ukraine, on Wednesday March 2, 2022.

“When we do not send a clear signal to Georgia and Ukraine about integration in the transatlantic space, including NATO, we leave them in the gray zone, and leaving them in the gray zone caused three Russian attacks,” Atlantic Council researcher Ian Brzezinski said in an interview with VOA.­

Atlantic Council researcher believes that there should be no uncertainty on the part of the North Atlantic Alliance regarding the accession of Georgia and Ukraine to the transatlantic space, including NATO.

Brzezinski said in an interview with Voice of America that NATO should give a clear positive answer to the membership applications of Georgia and Ukraine, not only verbally, but also through action.

When asked what the rapid integration of Sweden and Finland into NATO means for Georgia and Ukraine, Jan Brzezinski says that it was a negative signal.

The Atlantic Council researcher pointed out that he doesn’t agree with anyone who says that Georgia and Ukraine should give up on relations with the West.