At Least 5 Killed in Strikes Near Kyiv TV Tower 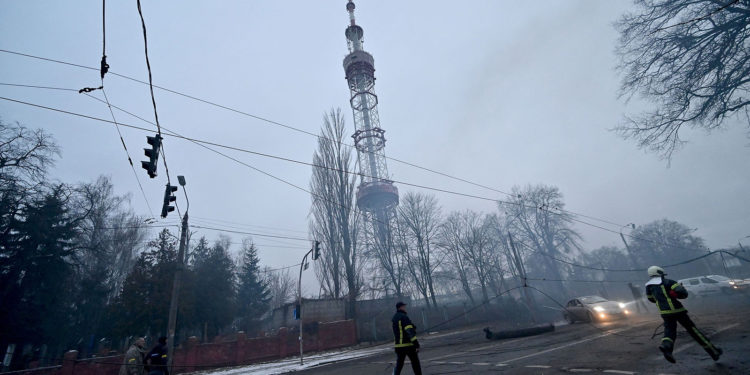 The attack of the Russian occupiers on the Kyiv TV tower killed 5 people and wounded 5 others.

Television broadcasting in Ukraine was temporarily suspended as a result of the bombing of the tower.

Ukrainian media reports that restoration works have been carried out and TV broadcasting has already been restored in some regions.

The Ministry of Internal Affairs of Ukraine released an operational update reading:

“As of 06:00 p.m. 5 people were killed and 5 were injured in the shelling of the Kyiv TV Tower in the Shevchenkivskyi district. The work continues.”