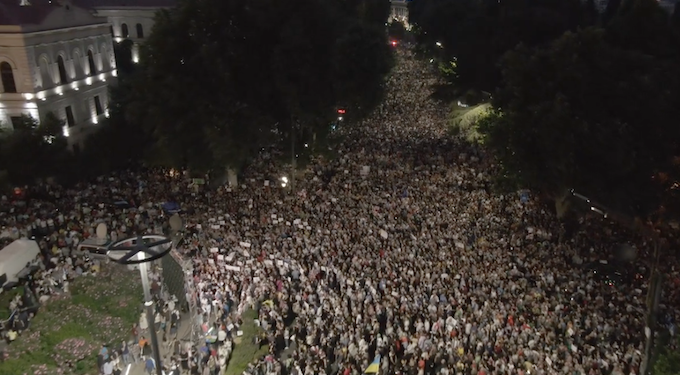 At least 120,000 demonstrators joined a rally on Rustaveli Avenue held on June 20, entitled ‘Home To Europe.’

The rally ‘Home to Europe,’ organized by the Shame and civil movements, opened with the anthems of Georgia and the European Union on Rustaveli Avenue.

According to the organizers of the rally, the purpose of the rally was for European partners to see that the citizens of Georgia had made a European choice.

At 21:00, protesters marched to Europe Square, where the final part of the event  took place.