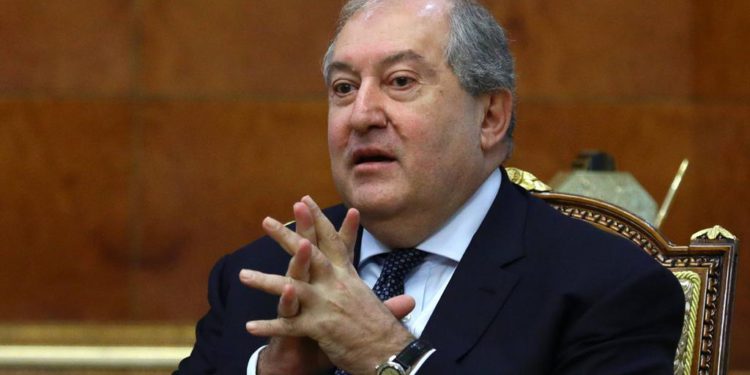 Armenian President Armen Sarkissian has resigned. In a statement posted on the president’s website, he explained the reasons for his resignation. Sarkissian said that this decision is completely unemotional and comes from a certain logic.

According to Sarkissian, he thought about it for a long time and decided, after about four years of active work, to resign from the post of President of the Republic.

According to him, the president does not have the necessary tools in today’s difficult conditions.

“We have a paradoxical situation when the president is made to be a guarantor of statehood, in fact, without real tools. The constitution also implies the advantage of one institution over another, creates obstacles for diaspora specialists to participate in the management of state institutions of the historic homeland, etc.

“We are a parliamentary republic in form but not in content.

“We live in a reality of our own – a reality in which the president fails to influence war and peace issues.

“A reality when he cannot veto those laws that he deems inappropriate for the state and the people.

“A reality in which the president cannot use most of his potential to solve systemic domestic and foreign policy problems.

“A reality in which the world is in a zone of constant turbulence, but the president does not have the constitutional tools to help his country,” the statement said.

“Sarkissian, president since 2018, was at the center of a domestic political crisis last year that erupted in the wake of a war between Armenia and its longstanding rival Azerbaijan for control of the disputed Nagorno-Karabakh region.

“He was involved in a standoff with Prime Minister Nikol Pashinyan last year over a number of issues, including the dismissal of the head of the armed forces in the wake of the war and amid protests that brought thousands onto the streets of the Caucasus nation,” reported Al Jazeera.