Are We Underdeveloped, Developed or Developing? 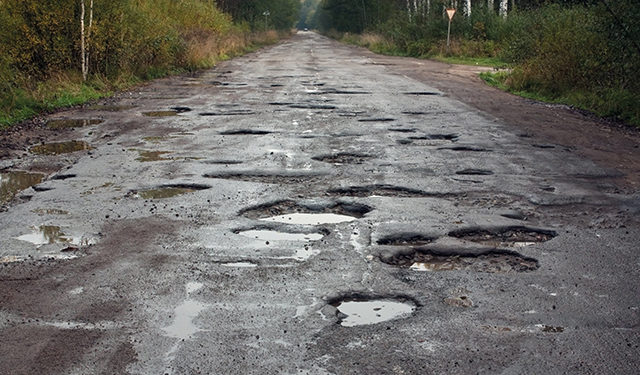 Americans, Europeans, Russians – they all love Georgia, because it is lovable. Simple, isn’t it? I have noted before that our friendly observant guests might find here something they can’t hit upon in their own lands, but it is not the domestic comfort, public orderliness, standard of living or the overall sophistication that attracts their valuable attention. It is just the Georgian nature of human relationship and a home-grown manner of interpersonal communication. It is fascinating that one extreme of our local life seems to be exceptionally developed and the other only developing. There are some third things that seem to be extraordinarily underdeveloped here, therefore bothersome. What a wonderful set of attractions for a tourist to come and have a look at, and then squeeze a magazine feature out of!

If by any chance the visitors find themselves, for instance, at one of the shipment companies in Tbilisi, called ‘Parcels from America’, they will know that they are in a developed country with postal capabilities and etiquette of the 21st century and beyond. If they go ahead and put on the camera what they have seen in the street-vending world of our capital, they will certainly feel that they have found themselves in a developing country. And if they experience what I personally went through a couple of days ago on my way home from the south-west, they will definitely be aware that they were visiting in an underdeveloped part of the world.

I’ve got to tell this story for others to hear to catch a chance to finally understand what category of countries Georgia would fall into provided the evaluation was imminent. Imagine a gentleman, quite advanced in years but still enjoying his life to the happiest possible extent, driving a beautiful convertible two-seater at a leisurely speed in wonderful company of a friend, and all of a sudden a huge pothole appears right in front of his nose, impossible to avoid. The vehicle’s right-side front wheel plunges into that unexpected but diabolically gaping sharp-edged hole in the road, the tire bursts and goes flat. The towing service is then called. The car was damaged, time was lost, the tire was changed, money was wasted, nerves were wrecked, the business that had to be attended to failed, and, most importantly, there was nobody around to blame.

When an accident happens, there must always be some heads around to roll, because there can’t be an accident without a reason to cause it, instigated by a human being. All that we see and witness around is manmade, except what we still call nature. In our case, the national agency whose responsibility is to keep the roads in driving order will not be indicted because they won’t even understand what the fuss is about, and if you still take them to court and win the case, the compensation will be a hundred times less than the actual loss suffered by the owner of the car and caused by the road-service crew. The insurance company will brashly comment that the driver should have opened his eyes wider. The circle is so vicious that you don’t even want to touch it. Isn’t this heartbreaking?

The story above describes an underdeveloped country where roads are dangerous to drive on, and yet in which the sophistication at the human interaction level happens to be at its acme: the passing-by cars would stop and their drivers and passengers would offer their help, trying to tinker with the unfortunate flat tire with their own tools; some of the perchance driving-through strapping young men would suggest fixing the tire and bringing it back; somebody would descend with optimistic comments and soothing encouragement. The world would seem angelic, threatened only by the underserviced roads and the people who think you are ill if you try to sue.

So, what kind of a country are we in?