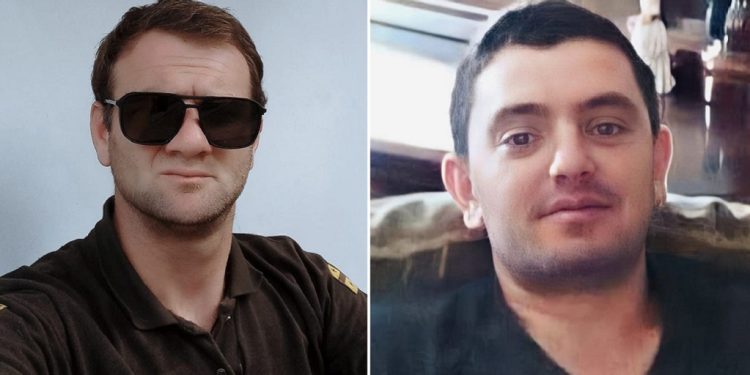 Giorgi Pakeliani, 29, an employee of the Mestia Division of the Border Police of the Ministry of Internal Affairs, was killed on the night of January 1, in the village of Etseri, Mestia municipality, in Svaneti, as a result of a conflict between fellow villagers. 33-year-old Guram Afrasidze was also killed. Giorgi Pakeliani’s brother, 24-year-old Roland Pakeliani, was wounded. During the confrontation, the mother of the murdered Guram Afrasidze, Zemfira Afrasidze, was also injured, and is now in a coma in the Kutaisi clinic ICU. Her condition is serious.

According to the prosecutor’s office, border police officers Giorgi Tsindeliani and Giorgi Pakeliani had a physical confrontation with father and son Roland and Guram Afrasidze in the village of Etseri due to past disagreements.

The Zugdidi District Court sentenced both detainees to prison as a preventive measure. When asked by the judge whether he recognizes himself as guilty, Roland Afrasidze said that he had not done anything wrong. His lawyer, Revaz Mikaya, says that Roland Afrasidze did not have a firearm with him.

“My client says his son was beaten and his health was damaged. After some time, about two hours, the members of Pakeliani’s family came to the gate of his residence, shot off their guns and cursed, and the conflict arose from that. The evidence does not prove that Roland Afrasidze committed either intentional murder or serious injury to someone’s body,” the lawyer notes.

According to the lawyer of the second accused, Soso Janashia, Giorgi Tsindeliani witnessed the confrontation by chance. “It turns out that in the past there was some disagreement and controversy between the families of Pakeliani and Afrasidze. Tsindeliani witnessed this confrontation that day completely by chance, and his aim was to stop the participants in the fight. He did not know the Afrasidzes at all and, naturally, he would not have any confrontation with them. He did not touch a weapon. The basis for Tsindeliani’s arrest was the testimony of a witness from the Afrasidze family.”

Regarding the disagreement between the Afrasidzes and the Pakelians in the past – according to the residents of Etseri, Guram Afrasidze wanted to marry the sister of Giorgi and Roland Pakeliani, but they refused. In order to prevent the deepening of the conflict, members of the Pakeliani family, Giorgi and his sister, temporarily left Svaneti and moved to Kakheti, where Giorgi’s sister got married. A few years ago, the father, who came to visit his daughter from Svaneti, was hit by a bullet fired by his son-in-law’s relative and died. After that, the Pakeliani brothers returned to live in Svaneti.

According to locals, the families of Afrasidze and Pakeliani are related to each other.

If found guilty, Roland Afrasidze and Giorgi Tsindeliani face 10 to 15 years of imprisonment. The pre-trial session will be held on February 27.

This is not the first case of murder in Svaneti recently involving the participation of border police officers of the Ministry of Internal Affairs.

On April 20, 2020, Besik Naveriani, a border guard of the 2nd division of Mulakhi border police, shot and killed 36-year-old Besik Ioseliani, an employee of the same division, due to a mutual dispute. Both of them were on duty and had firearms. Ioseliani was drunk. After the murder, Naveriani hid from the scene of the incident. The accused surrendered to the police a few days after the murder. The person who was killed and the person who committed the crime were friends and relatives.