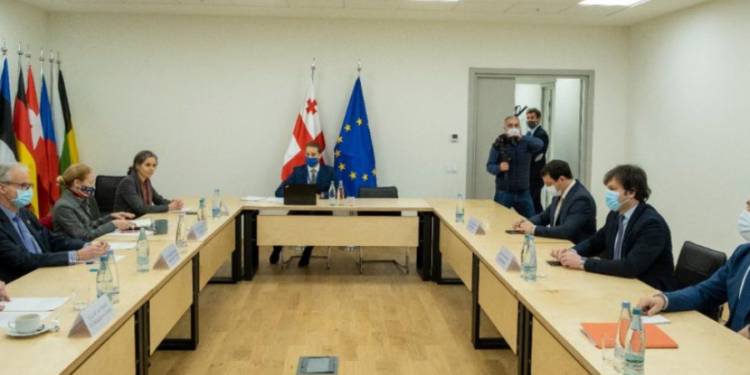 Christian Danielsson, the personal Envoy of European Council President Charles Michel in Georgia, is holding another meeting with the representatives of the Georgian Dream at the EU Delegation Office.

No comments were made to the media before the meeting commenced.

Christian Danielsson returned to Georgia after his first visit on March 27 to help the parties find a solution to the current political crisis in the country. He has already met with representatives of the non-governmental sector, the PM and the President.

On March 18, negotiations between the Georgian Dream and the opposition mediated by the international partners ended without an agreement and on March 19 Christian Danielsson left for Brussels to submit a report.

However, on March 22, President of the European Council Charles Michel announced that his representative would return to continue the mediation between the political parties in Georgia.