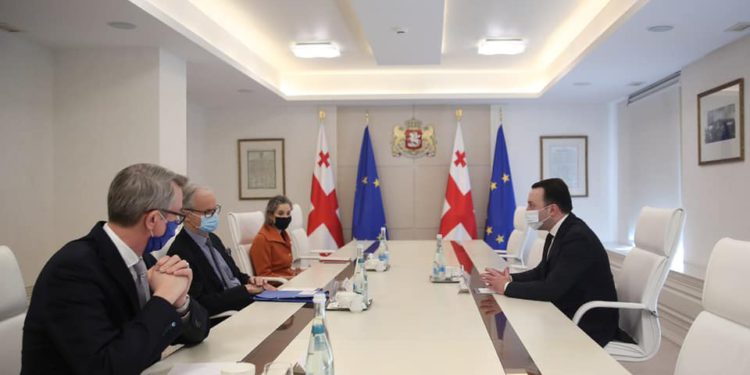 The Prime Minister of Georgia, Irakli Garibashvili, met with Christian Danielsson, Personal Representative of the President of the European Council. At the meeting, the Prime Minister noted that the ruling party is ready for constructive political dialogue and agreement in the short term.

“We reaffirm our readiness to continue the constructive dialogue and reach an agreement as soon as possible. We will be a result-oriented party that will make concrete decisions, ” Garibashvili said.

They discussed the issues that were causing differences of opinion between the opposition and the government, the importance of the rule of law and respect for democratic institutions. They also mentioned the assessment of international organizations, including the OSCE / ODIHR, that the parliamentary elections were free and fair.

At the meeting, it was noted how important it is for all parties to be guided by the interests of the Georgian people, to take steps towards a compromise decision, which will be aimed at moving the political process to the parliament.