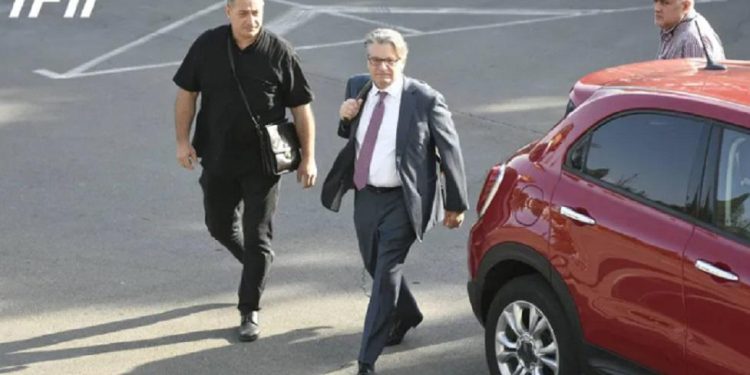 American medical expert Eric Goldsmith entered the Vivamedi clinic to visit the third President Mikheil Saakashvili. He did not comment to media representatives.

Reportedly, a Swiss expert will also arrive in Georgia in the next few hours, and two more American medical experts are expected in the country in the following days.

The foreign medical experts will visit Mikheil Saakashvili in the Vivamedi clinic and stay in Georgia for at least three days to have a meeting with the representatives of the Empathy Center and the members of Saakashvili’s family.

According to the information of the Ministry of Health, they have given approval for two medical experts to visit the former President.

Khachapuridze told journalists that Goldsmith also wants to visit the special investigative service and see the footage of Saakashvili’s stay in the penitentiary.

He noted that the foreign experts should answer two main questions – whether Saakashvili is seriously sick and whether his illness prevents him from serving his sentence.

“This person was involved from the beginning. There was a negotiation, he got acquainted with the case materials and spent hours interviewing Saakashvili’s family members. After that, he said that he was interested and brought the issue related to Saakashvili to his heart. He will probably visit Saakashvili twice today. He also wants to go to the investigative service and see the footage of what happened to him.

“At the end of the month, another working group will meet in the Empathy Center and make a summary,” said Khachapuridze.

“A UN expert has arrived, and will also conduct an examination of Saakashvili. We are waiting for the permits for two other experts, and as a rule, we should have an answer today,” said Khachapuridze.