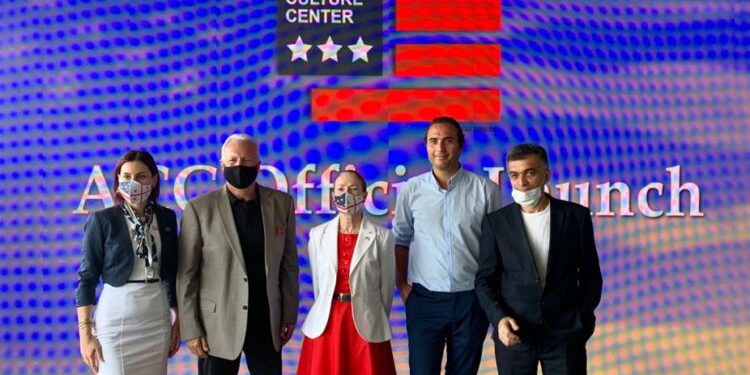 An American Cultural Center (ACC) was opened in Tbilisi on September 2 to develop cultural ties between the United States and Georgia.

The opening ceremony held at Radisson Blu Iveria Hotel was attended by US Ambassador to Georgia Kelly Degnan, who emphasized that ‘this is a fantastic new initiative’ for a strong partnership between the two countries.

“This is a fantastic new initiative, the American Culture Center that was launched today and designed to bring together Americans and Georgians, and show how much we have in common, how many initiatives we are doing together, and to look for new opportunities to continue this strong partnership. We are delighted to be able to support the American Culture Center. It is a private initiative, but it complements what the United States Embassy and the United States have been doing here in Georgia for almost thirty years: educational exchanges, cultural exchanges, English language classes – all of the great programs that I think have reached every corner of Georgia in the last thirty years, and we are just thrilled to be able to be here for the launch today,” the Ambassador stated.

“For me, as an American / Georgian dual citizen, nothing is more important than Georgia being in the Western and Euro-Atlantic Alliance. The American Culture Center in Georgia can make a significant contribution to this process,” said Michael Cowgill, ACC Georgia Honorary Chairman.

“We established this center in response to Georgia’s growing cooperation with the United States. In the age of false information, Georgians need a credible source of American culture, values, and American interests in the region. Georgian-American relations are now as important as ever. Georgia remains one of the United States’ strongest and most trusted non-NATO allies. It is a reliable western pillar in terms of common values, common interests and coordinated policies in the region,” noted Zviad Pochkhua, ACC Chairman.