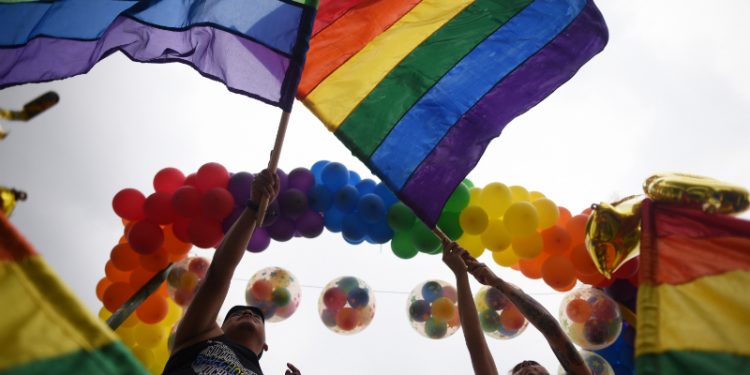 The Ambassadors of foreign countries to Georgia have responded to ongoing Tbilisi Pride events, urging both civil society and NGOs to ensure the protection of human rights and freedom of expression.

The Ambassador of the Netherlands to Georgia Maaike van Koldam attended the ongoing event within the Tbilisi Pride, where she spoke about the importance of protecting the rights of LGBTQ + (lesbian, gay, bisexual, transgender) people.

The Ambassador told reporters that the Kingdom of the Netherlands supports the protection of LGBTQ + human rights both in Georgia and in the rest of the world. She also spoke about the support of organizations working in this direction.

The Ambassador was also asked about the obligations that Georgia must fulfill in order to gain the status of a candidate for EU membership.

“As stated in the 12-point recommendations given to Georgia by the European Commission, it is vital to protect vulnerable groups. This is one of the reasons why events like Pride Week should be well guarded, and I see that so far it is well protected at the event.

“It is also important not only to protect in general, but also to raise awareness of all vulnerable groups, including LGBTQ + rights,” the Ambassador told reporters.

The British Ambassador to Georgia, Mark Clayton, addressed a conference on Pride Week and talked about Britain’s experience with the issue, noting that this year Britain celebrates the 50th anniversary of the first Pride. However, the Ambassador said, the legal status of minorities in Britain has not always been the same as it is now.

“We would not be able to achieve the level of acceptance we have in Britain now without human rights activists, especially LGBTQ activists who have changed the system,” he noted.

However, he said, the challenges facing British activists are different from those in Georgia. In particular, according to the British ambassador, activists in his country did not have to oppose the disinformation campaign, which came from certain state actors and actively manipulated LGBTQ issues:

“To love those you love is the foundation of British values ​​and an important component of all democracies,” said the British Ambassador.

US Ambassador Kelly Degnan says there are still many steps to be taken in Georgia to ensure that minorities enjoy the rights guaranteed by law, including “protecting members of the LGBTQ community from violence and holding those who plan and carry out violence accountable.”

Tbilisi Pride Week is this year again being held indoors in Tbilisi. For years, LGBTQ + people have been unable to celebrate the week in the open because of the threat posed by violent groups. On July 5 last year, violent groups against Pride physically and verbally assaulted more than 50 members of the media who were planning to cover the Pride. Although several people have been charged, the organizers have yet to be arrested.