Ambassador of Georgia to France Resigns, Citing ‘Constant Pressure from MFA’ As the Reason 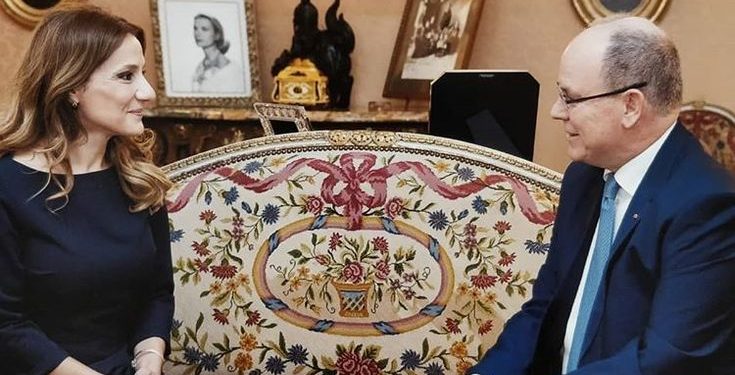 Ambassador of Georgia to the Republic of France, Tea Katukia, has resigned.

Katukia claims that her decision to resign was preceded by continuous pressure from the Ministry of Foreign Affairs from the first day of her appointment to the position of ambassador.

“Dear compatriots, dear friends, today I am leaving the position of Ambassador of Georgia to the Republic of France. On May 1, I submitted my resignation to the Minister of Foreign Affairs of Georgia, which became effective today, July 1.

“I would like to thank the President of Georgia, Mrs. Salome Zurabishvili, for the trust she expressed in me in 2019 by presenting my candidacy for the position of ambassador. For me, the position was connected only to great responsibility. During the fulfillment of the assigned mandate, my goal was to protect the interests of Georgia to the maximum, without political bias, and to bring our country closer to France and the European Union. My decision to resign was preceded by constant pressure from the Ministry of Foreign Affairs on me from the first day of my appointment to the position of ambassador.

“Considering that I have spent the last 25 years in France and I have French citizenship, I did not think that my professional path abroad and my political impartiality would be unacceptable to the Georgian government. From the very first day, I witnessed a number of serious violations and structural malfunctions in the embassy, ​​which significantly harmed the interests and image of the Georgian representation in France. I could never have imagined that I would have to perform the function in the context of constant abuse, slander, pressure, harassment and threats, which originates from deep-rooted clan and clientelistic practices in the system, which contradict the values ​​I uphold and the goals and aspirations I have for Georgia.

“I deeply believe that the above-mentioned actions, which are unacceptable for a legal state, do not reflect the reality of Georgian society. The aspirations of our society are based on the values ​​of freedom and justice – those values ​​which are fundamental and indivisible for every citizen of Georgia, and which impose on us the obligation of unity and responsibility. The mentioned situation did not prevent me from fulfilling the assigned mission, of course, at the cost of great personal effort, and in conditions of significant limitation of activities due to the Covid-19 pandemic. During my mandate, I firmly continued to defend Georgia’s European future with decision-makers in France. The mentioned mission was and is carrying a special significance considering that today our country is at an important stage of history. Today, the European future of our country and its democratic development depends solely on the political choice of the Georgian government.

“In this crucial context, significant staffing and structural problems, as I myself have witnessed and which the diplomatic service of Georgia is facing, prevent the country from pursuing an effective foreign policy in response to the challenges facing us.

“I leave the post of ambassador today, but my thoughts are with Georgia, and even at my new professional stage, I will continue to take care of the country’s political and democratic development and will spare no effort to help Georgia’s move towards the European Union and, in general, towards democratic, progressive and tolerant values, irreversibly,” wrote Katukia on social media.