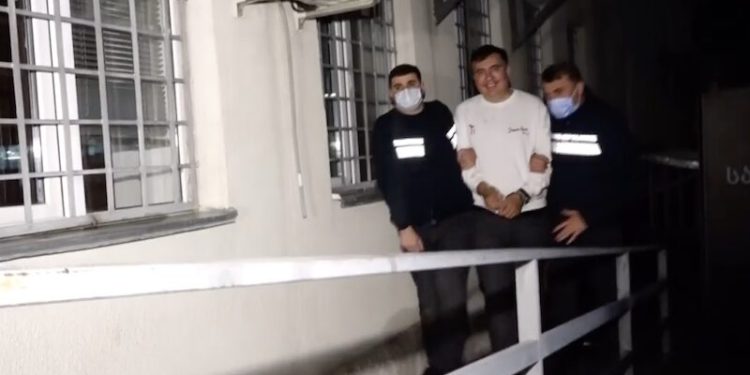 Defendants in Mikheil Saakashvili’s case regarding his entry to Georgia – Giorgi Narimanidze, Elguja Tsomaia, Zurab and Shalva Tsotsoria – were released on GEL 5000 bail each.

The decision was made by the judge of Tbilisi City Court Giorgi Keratishvili. The detainees were released from the courtroom and were given a period of 1 month to pay the bail.

At today’s hearing, the lawyers filed a motion to release the detainees on GEL 5000 bail each.

As the defense explained, given that the defendants had pleaded guilty and all the evidence presented by the prosecution was acknowledged, the detainees’ most severe measure of restraint had to be replaced by bail.

The prosecution agreed with the motion.