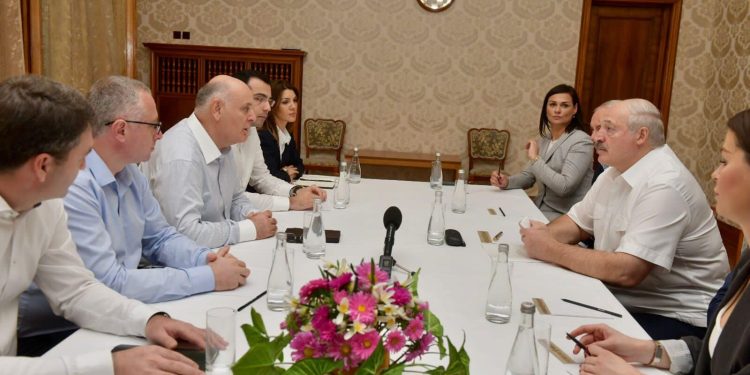 At the meeting, Lukashenko noted that the issue of Abkhazia was discussed at the meeting held the day before with the President of Russia, Vladimir Putin.

“Yesterday, we discussed the problems of Abkhazia with our elder brother Vladimir Putin. We were discussing these issues till late night and we came to a conclusion that Abkhazia cannot be abandoned. It needs help so that this prosperous land and the people who live here can live normally,” Lukashenko said.

He added that Belarus and Russia are coordinating their actions.

“Today, more than ever, we see what the world has turned into. We will not be allowed to live in peace. Therefore, we should strengthen relations with our friends,” Lukashenko said.

He claimed that he wants to establish serious relations with Abkhazia.

“Abkhazia is heaven on earth, and the people are saints. We want to build not only a bridge of friendship with you, but also very serious relations,” Lukashenko stated.