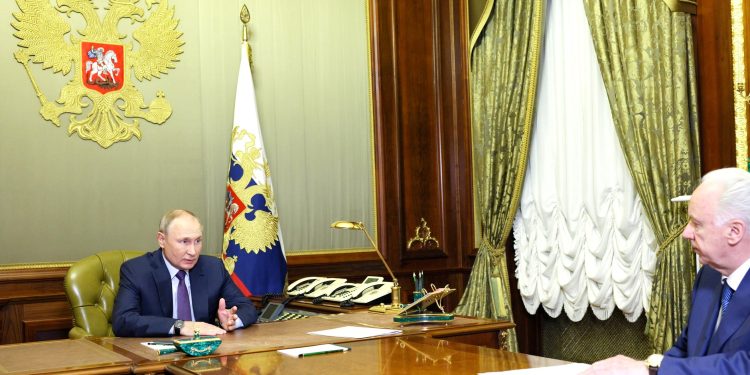 Bastrykin notified Russian President Vladimir Putin of the Investigative Committee’s work on the Crimean Bridge incident. There are “preliminary results of the investigation,” which he shared with the President.

Bastrykin reported that the Main Directorate of Investigations and crime and forensic specialists came to the scene of the event right away. They conducted a thorough study of the site in collaboration with explosives specialists and the forensic team, reaching well-founded preliminary conclusions.

Bastrykin added that they began an inquiry in line with Section 2 of Article 205 “Terrorism,” and the early stage of the investigation confirms this.

Bastrykin says the Federal Security Service and the Russian Interior Ministry were given specific directives on investigative efforts.

“We have already established the route of the lorry which exploded. It drove through Bulgaria, Georgia, Armenia, North Ossetia, and the Krasnodar Territory,” Bastrykin claimed.

“In addition, we have also identified the carriers – the persons who took part in arranging the movements of that lorry. The FSS field agents helped to identify suspects from among those who could have arranged the terrorist act and those who are active within the Russian Federation,” he added.