“AIDS – It’s Not Over”—with this message, the AIDS Health Fund (AHF) commemorates World AIDS Day and reminds world leaders, international health institutions, and civil society that there is still much to be done to end the AIDS pandemic.

Like the previous years, AHF Georgia joined the World AIDS Day campaign with various activities, and a meeting was held in the Parliament of Georgia with the support of the Health and Social Affairs Committee. 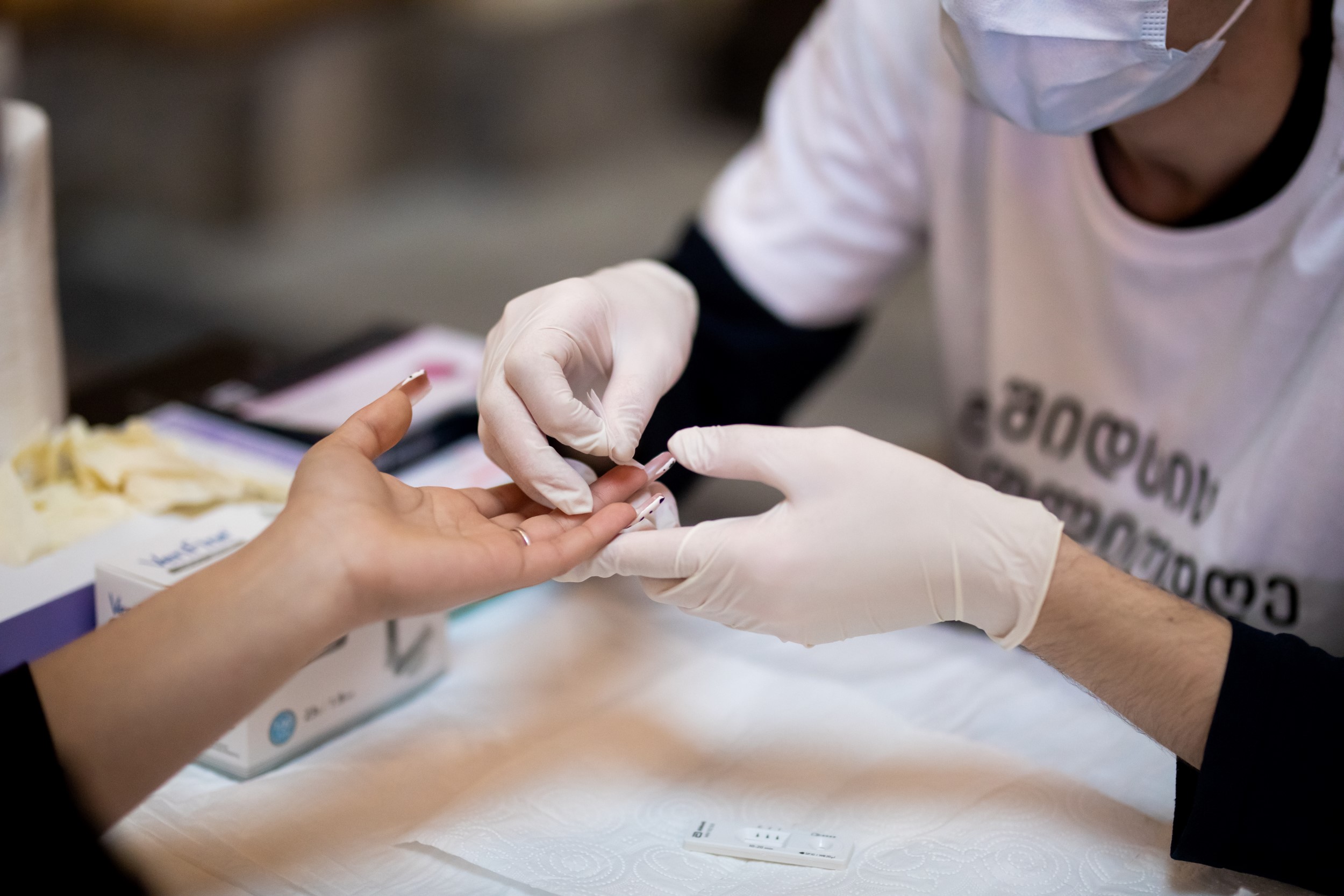 “Every year on December 1, the world commemorates World AIDS Day. The AIDS Health Foundation is marking this year’s campaign with the message “AIDS – It’s Not Over” reminding world leaders, public health institutions, and civil society that the AIDS pandemic is not over yet and there is still a lot of work to be done. According to UNAIDS’s 2021 report, there are 1.5 million cases of AIDS worldwide, one million more than the global target. Fortunately, Georgia belongs to the group of countries with low prevalence, which is the result of the joint efforts of the Georgian government, public health institutions, and organizations working in the field of health. In order to maintain this result, it is very important to encourage testing, treatment, and attention to late referrals. Testing is the only way to detect HIV infection; thus, testing and timely treatment help suppress the virus. Treatment is also important for prevention because a person undergoing treatment is no longer contagious,” said Nino Khetaguri, program manager of the AIDS Healthcare Foundation’s (AHF) Georgian representative office. 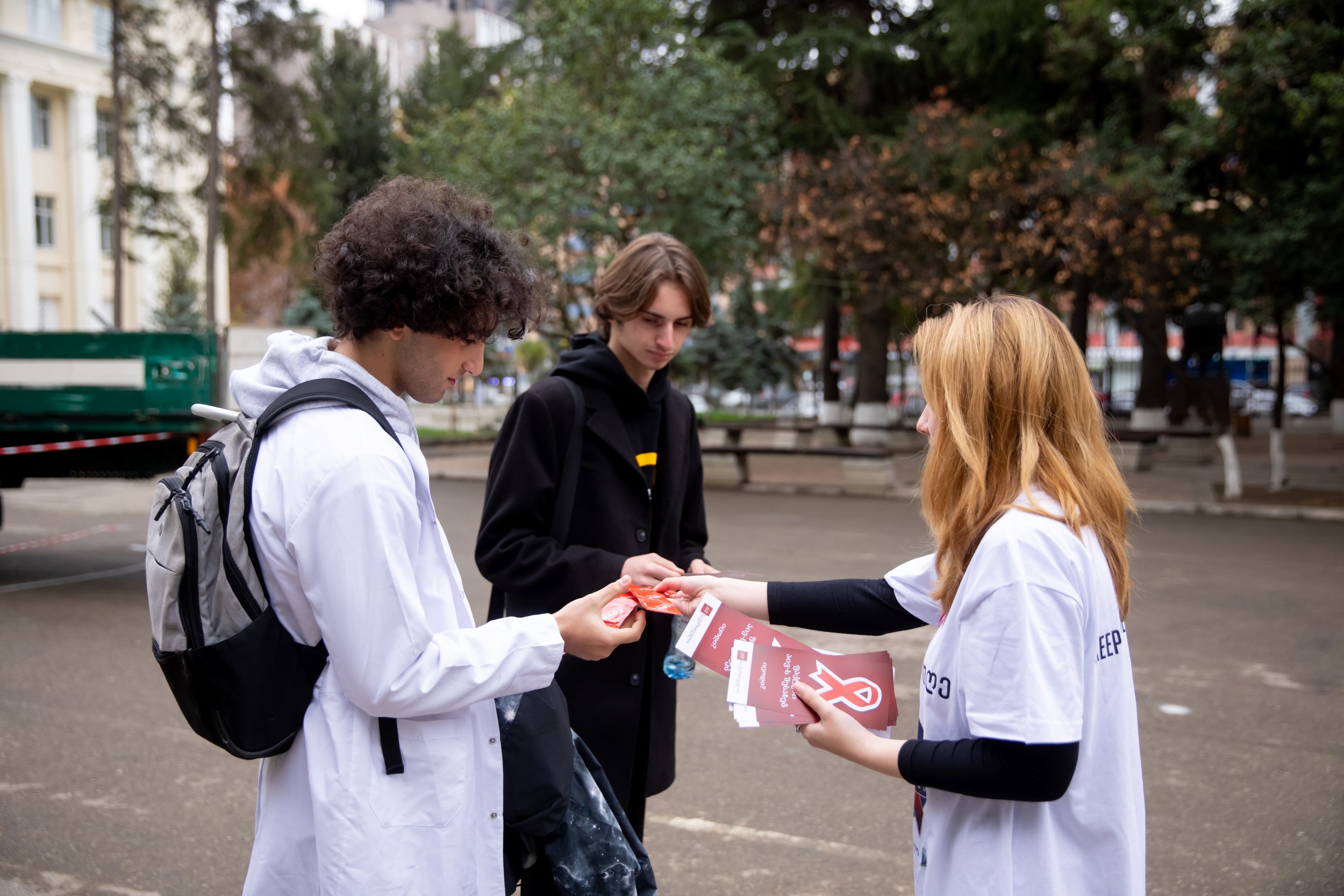 Zaza Lominadze, the chairman of the Health and Social Affairs Committee of the Parliament of Georgia, gave a speech at the event. According to him, it is important that in the last decade, Georgia has made great achievements in the fight against AIDS, and this is the result of the fact that the state has a people-oriented policy in health care. Since AIDS treatment is now available in the country, the main thing is to prevent and treat the disease in time. Zaza Lominadze called on society to show unity and solidarity in the fight against stigma and discrimination.

“It should be noted that, especially in Eastern Europe, there is an increase in the number of AIDS cases. The purpose of today is to remind society once again that AIDS is not over yet. We urge everyone to get tested, and we also call on world leaders to unite in the fight against AIDS. The state has a people-oriented policy in health care. In the last decade, Georgia has made great achievements in the fight against AIDS. The goal is to ensure that the government’s decades of hard work don’t go down the drain. At the same time, we once again call on society to unite against stigma and discrimination against people who are suffering from AIDS,” explained Zaza Lominadze.

Irma Khonelidze, Deputy Director of the National Center for Public Health and Disease Control, addressed the invited public. ‘’According to a report by the World Health Organization and the European Center for Disease Control on our region, 2.3 million people in the WHO’s European region are HIV-positive, and in the past two years, 24% fewer cases have been reported than during the pre-pandemic period. Therefore, the issue of detection has become even more acute. Although in our country we have made great achievements in terms of treatment efficiency, there is still a lot to be done in terms of disease detection. Regular testing is essential for detecting disease, and in order to do so, we must create an environment where stigma and discrimination are minimized. In recent years, such innovations as self-testing and access to testing with contactless devices have been introduced. We do not have a deplorable situation in terms of testing in the country. According to the global report, this number is 442,000 per year, putting Georgia in one of the better positions in the region; however, in order to detect the disease, it is necessary to improve the environment in which people will come boldly to get tested.’’

Nika Chkhartishvili, the deputy director of the Scientific-Practical Center of Infectious Pathology, AIDS, and Clinical Immunology, introduced the statistics available in Georgia to the audience and talked about the importance of prevention and screening. ‘’This is a disease that can happen to anyone; no one is immune from it. Everyone is at risk of becoming infected with HIV (the human immunodeficiency virus), but the risk of transmission increases with certain behaviors. It should be noted that Georgia is the leader in Eastern Europe in terms of anti-viral treatment of HIV/AIDS patients and the rates of viral indeterminacy (suppression) in patients undergoing treatment. Since 2015, Georgia, the first in Eastern Europe and one of the first in the world, has implemented the “treat all” principle, which means that treatment is given to all HIV-infected people regardless of their immune status and disease stage. Such an approach has already yielded significant positive results.’’ 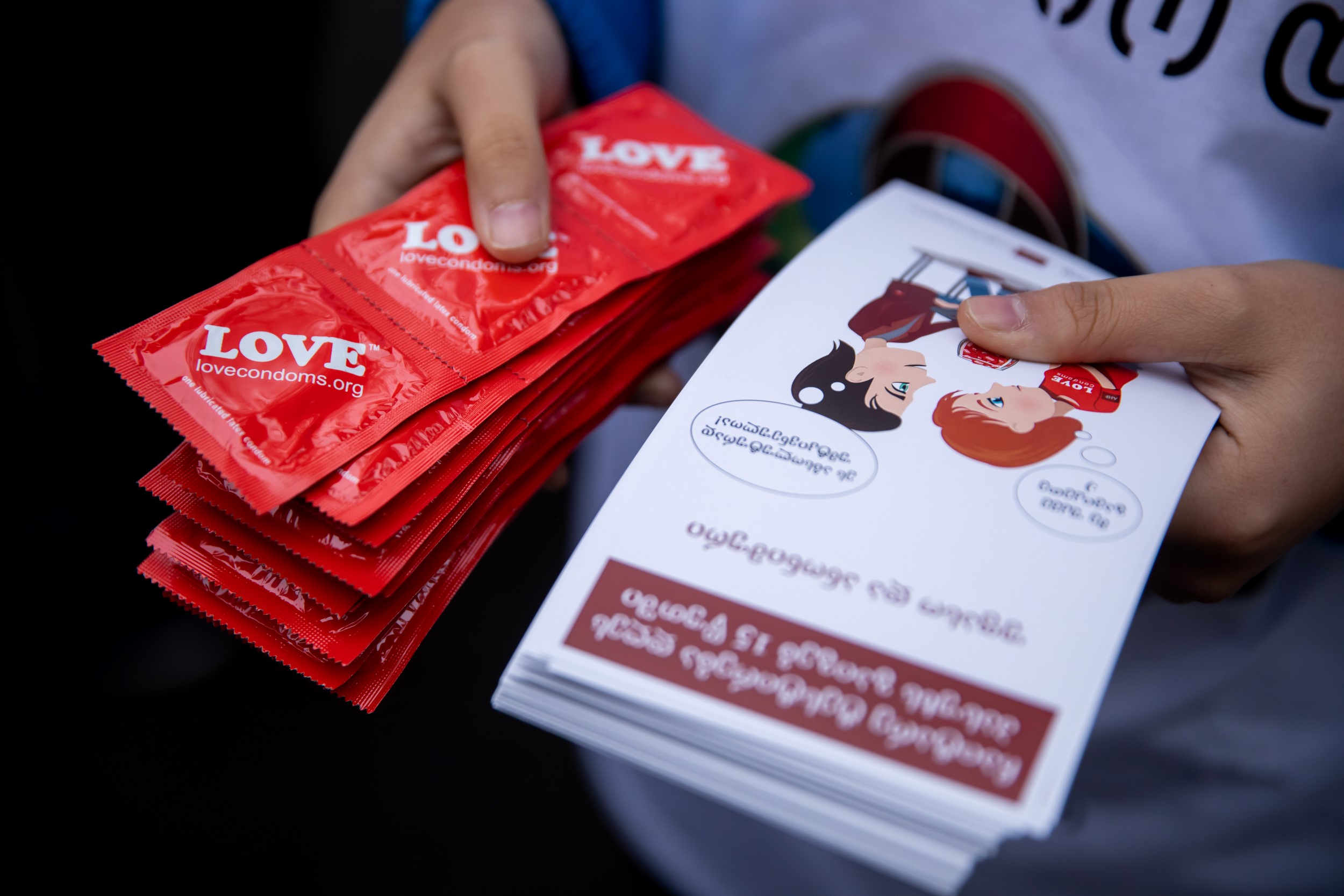 Free and anonymous testing was also conducted as part of the event. Within the framework of the event, the winners of the competition announced by the Georgian representative of the AIDS Healthcare Foundation were also awarded. Along with parliamentarians, representatives of the medical field and civil society also participated in the event.

In connection with World AIDS Day, various activities were held throughout the country, the purpose of which was to raise public awareness and remind people once again that it is possible to end the AIDS pandemic by uniting society. Student volunteers of Tbilisi State Medical University participated in the distribution of condoms and information materials about the disease. The activity started in the area around the parliament building, and informational materials were distributed at the Georgian-American University, the University of Georgia, and Tbilisi State Medical University. The purpose of World AIDS Day is to raise public awareness of the disease and to reinforce the idea that by working together, the pandemic can be ended.

For information, according to the latest UNAID statistics, there are more than 38 million people living with HIV infection in the world. Since the beginning of the AIDS epidemic, more than 40 million people have died as a result of HIV-related diseases. მDespite the fact that today many infected people benefit from antiretroviral therapy, there are patients who do not have access to medicines. According to the UNAID report, 1.5 million new infections occurred last year – over 1 million more than the global targets. About 650,000 people died of AIDS-related diseases. That’s why AHF is calling on the world to renew its fight against AIDS, intensify calls for testing and treatment, and address the problem of late referral in honor of those who have lost, or continue to fight, AIDS-related illnesses. AHF has planned a number of events in 45 countries, including virtual conferences. AHF representatives continue to work to bring the global spotlight back to HIV and the people living with it around the world.

For more information about AHF, visit the website and official pages on social networks: