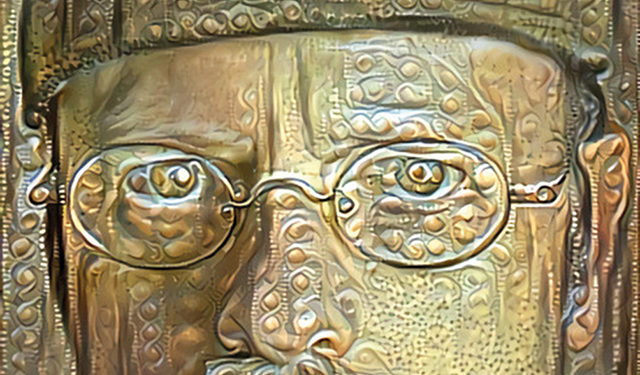 I booked my taxi to where I would meet the Mestia minivan this morning via Bolt on my phone, and there was one nearby, arriving in 2 minutes at 7am, price, start and endpoints already understood. Food, especially in these Viral times? The same, right to your door. I haven’t tried ordering it from Zugdidi to Etseri (about 110 km one way), but I wouldn’t be too surprised if someone would take me on, albeit at an insane price.

Not only are our phones the essential item to have, but because of this there is more and more software being made to run on them. At the same time, their hardware capabilities are constantly being improved and new ones developed too. Combinations of these offer possibilities which the makers of the single items could only dream, or perhaps not even dream. Camera, thermometer, wider-than-human perception of the electromagnetic spectrum, projector, vibration, location and motion detection, microphone, internet, and so on. We obsess over “leaked” designs of the latest iPhone and the details of its cameras and Notch.

Point your camera into the night sky and it’ll tell you about everything which is up there, with hyperlinks to more detail than you could comprehend. Also the quality of the air, its temperature and humidity (some of this from the internet, no doubt). Add an infrared camera to show temperature ranges nearby, and film or still-photograph them too. Record your thoughts on audio. Upload something to TikTok (for which the word describing who does this is a TikToker, instead of TikTokker) if you dare. Makes me feel older than rap music did when I first heard it at 18.

Future… stick your phone into a cup of anything cold, and its vibrate feature will heat it up, while the phone stays safe. Immobilize your attacker with infrasound or a burst of volts, instead of just scaring them off with loud sirens. Analyze the content of what you’re eating, at the level of ingredients and food qualities, or go deeper, to the molecular or atomic levels. X-ray scan something. Laser-burn something. Scan it in 3D first, and copy it in the same 3D.

Eventually, you’ll stop losing the thing or breaking its screen, because it will become part of you. Its cameras will be your own eyes and record things too. Your voice will be copied; your headphones will be bone-conduction ones inside your head. You’ll communicate with others without more than a thought about it, no matter how far away they are (although how you’ll deal with the time lag off-planet I don’t know yet). Your fingers will contain lasers; your brain a link to the Web; your mind will show your optical receptors anything, in as many dimensions as are required, and perhaps you’ll travel less as a result, locally or farther afield. This is already being done in the science fiction of today, so it must become the actual future soon, no? It’s been fun to speculate and extrapolate a bit.

The thing which all of this machinery and software can’t duplicate, though, I insist on pointing out, is the intangible part of us. Emotions cannot just be reduced to chemicals; we humans (at least, not to mention higher animals) do have a soul, and a spirit, I hold. As advanced as AI gets, along with our capabilities to copy the thought processes of ourselves, these ephemerals won’t jump the gap if we try to transfer our consciousness elsewhere, be it silicone or wetware. I don’t know what that will make our attempts be called, but they will be dim shadows at best, reflections “through a glass darkly” (superb phrase) I believe.

We might try to fool ourselves with Turing Tests of the latest AI, and will ultimately see through the difference between it and us, no matter how good neural nets get at imitating our text, audio and video content.

Indispensable apps now; very good copies of reality and ourselves later. But at what cost, leaving out what?