A Victory for Georgia! Then Why Was the Kremlin Celebrating? 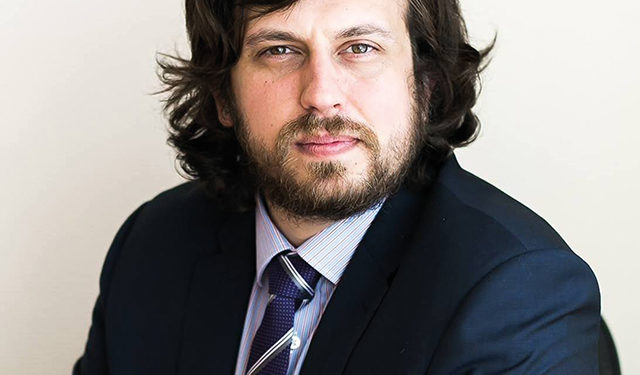 We won against Russia! – was the gist of the lion’s share of headlines in Georgian media last week, be it print, television, online or social, after the European Court of Human Rights delivered its long-awaited judgment on the case “concerning the armed conflict between Georgia and the Russian Federation in August 2008 and its consequences”. But now that the dust has settled somewhat, a couple of unanswered questions still loom. What exactly is Georgia going to gain from it, politically or diplomatically? Instead of denouncing a judgment that so explicitly proclaims it the perpetrator of human rights violations, the Kremlin seems to be no less satisfied with the result, if the official statements are anything to go by. Why? And no less important than the two above, will Russia pay compensation to those whose lives it ruined? The Georgian Institute for Security Policy discussed this and more with Kanstantsin Dzehtsiarou, Professor of Human Rights Law at the University of Liverpool.

What are the main takeaways of this judgment? What does it bring the involved sides?
There is good news and bad news, especially for the applicants, for the Georgian authorities. Obviously, the good news is that the ECHR satisfied almost all complaints that they had; almost everything that the Georgian government complained about, the ECHR found substantiated. We’re talking about numerous administrative practices here, plenty of violations of all types of rights. Administrative practice is that there was state-sponsored ill treatment, for example; that there was a case of ill treatment that was on such a large scale that it was not possible to argue that the government didn’t know or didn’t support it. So, that is a very good news for the applicants. The Court also found that there were cases of administrative practice of detention, arbitrary detention and that the Georgian prisoners of war were ill-treated. However, there is also bad news: that the court didn’t find itself in the position to review any human rights violations that happened between the 8th and the 12th of August 2008, during the period where active hostilities were taking place. Everything that happened between the 8th and 12th was deemed to be outside the view of the ECHR, and the reasoning for that is very ad hoc, unclear, and requires further clarification. One of the paragraphs actually reads that it is too complicated to really establish who is doing what in these circumstances, and therefore we decide not to do it at all. The court effectively said that there are numerous victims, the situation was chaotic, and therefore we are deciding not to deal with this issue: let international humanitarian law sort it. It’s very difficult to bring anyone to real responsibility for the violation of international humanitarian law; there is no court, no effective mechanism of implementation. When we don’t have a proper mechanism of implementation of international humanitarian law, the victims just don’t have any other option than to rely on the European Convention on Human Rights and the European Court of Human Rights.

So did the court’s action amount to shifting responsibility away from itself?
In a way, yes. I don’t think there was a significant legal reason that would prevent the Court from finding jurisdiction of the Russian Federation, of Georgia, or both, in the circumstances. It’s the first time in history when the ECHR said that a territory that would otherwise be under convention protection was removed from this convention protection. We’re talking about the extraterritorial application of the Convention with regards to the territory of South Ossetia and Abkhazia, which are at least de jure territory, part of Georgia, and Georgia is a member of the Convention, the contracting party to the Convention, and therefore for all other aims and purposes, this territory and the people living there would be protected by the Convention. However, the court decided that since the situation was so messy and chaotic for four days, these people stopped enjoying protection under the Convention.

What do you think was the rationale behind the Court’s decision?
Only pragmatic reasons can be found here. The court doesn’t have the resources or time to investigate the facts. Judge Keller mentioned in her concurrent opinion that the Court doesn’t have enough fact-finding capacities to investigate. So, basically, the Court is ill equipped to decide on cases where active hostilities are taking place.

Could there be a geopolitical layer in play as well?
Well, this is only speculation. We can hardly know what the court was thinking. What you suggest is that they were cautious because the Russian authorities are unhappy about what’s going on in the Court, but it’s difficult to establish that as a fact, and the Court would never say so. The official position is at least to some extent appropriate: the Court thought it was not a one-sided occupation from Russia, that there were some faults, the bombardment of Tskhinvali, for example; there was some prior faults on Georgia and the Court thought it not its place to judge who was right and who was wrong in this war.

Both Russia and Georgia will use the judgment for furthering political and diplomatic interests. What do you think of the statement published by the Russian Ministry of Justice?
It’s obvious that the Court found plenty of violations in the treatment of Georgians by the Russian Federation, but the Russian Ministry of Justice conveniently didn’t mention that. But that’s no novelty; they pulled that trick before with Ukraine. It’s very one-sided: when there’s no victory, they find a minuscule aspect that can serve their interests. In Ukraine vs. Russia, of 14 claims, three claims were rejected, and the Russian Ministry of Justice does what? It says that Russia came out as a winner. I don’t think it’s a win for Russia: they were rooting for that, of course, saying it’s not the Court’s area; it’s the law of war, etc.; however, the Court was very clear that there were plenty of violations of human rights.

What happens if Russia says it doesn’t agree and won’t comply, as implied in the Ministry’s statement?
From the legal standpoint, when the European Court of Human Rights delivers the last part of the judgment that it found numerous violations, and Russia will have to pay compensation, it creates an international obligation that Russia will have to pay this money. This is the legal reality. But we have to consider the realpolitik world, and whether Russia will pay is a big question. Usually, Russia pays in cases of individual applications, say, if my rights are violated by Russia and I go to Strasbourg, then Strasbourg tells Russia to pay me 10,000 Euros, it is likely they will pay. But not always. The case of Yukos is an infamous example of that, when Russia was asked to pay almost 2 billion Euros and didn’t. In interstate cases, the states usually don’t pay when it’s politically sensitive. The government thinks that people, voters, will see it as a sign of weakness if they are forced to pay their opponent, and that is not politically advantageous for the government.

Is there any leverage to make Russia comply?
Strasbourg has no military force: they cannot freeze assets, they cannot do anything to force anyone to comply. So execution is predominantly voluntary. If the state does not execute, the Committee of Ministers will issue a statement of its concerns and there will be a lot of diplomatic pressure. It might end up in a discussion or in some other sort of negotiations.
Russia is not alone in resisting execution. A couple of years back, the ECHR delivered a judgment of just satisfaction in the case of Cyprus versus Turkey, and the Court gave quite significant compensation to those Cypriots who had to leave Northern Cyprus when Turkey occupied it. President Erdogan said that Turkey was not prepared to pay any compensation in this case.

How much leverage can this case be in international discussions/negotiations with Russia?
It is now in black and white that the Russian authorities violated really fundamental rights after the territory was occupied, and the decision of an international court has confirmed that. How much more political pressure it can add on Russia, I don’t really know to be honest. It’s obviously a victory for Georgia, and I would sincerely congratulate all the lawyers who worked on this. It’s a huge achievement for them and for those Georgian victims whose violations have been recognized. Of course, said victims are probably more interested in getting monetary compensation, and hopefully some of the victims at some point will get something. It doesn’t sound very reassuring, but those are the limitations of international human rights law.

As much as the Court avoided sifting through who was right and wrong in the 2008 war, is its final judgment yet another arrow in the Georgian arsenal to confirm that Russia was indeed agressive?
That is a very difficult question, and I think the ECHR was in pains not to answer this question. It is an arrow; a really small one that would suggest that once Russia assumed occupation, it continued violating human rights. That is what the judgment boils down to. The ECHR was a little concerned with the first bombardment of Tskhinvali, and of course Russia then entered the territory of a neighboring state. This initial controversial action gave Russia a good excuse to claim it had to intervene, and if it was Russia just out of blue entering the territory of Georgia, I think this judgment could have had a totally different tone. That is not to say it won’t have far-reaching consequences though: the court’s treatment of the fact that it cannot intervene when the war is ongoing is troublesome. It needs to be seen how it plays out in cases like Ukraine versus Russia, the Netherlands versus Russia. Even more interesting is how this will play out in Armenia versus Azerbaijan, because in that case, the situation was comparable to some extent and the period of hostilities was much longer than in Georgia. So that might be problematic, and we will need to wait and see.