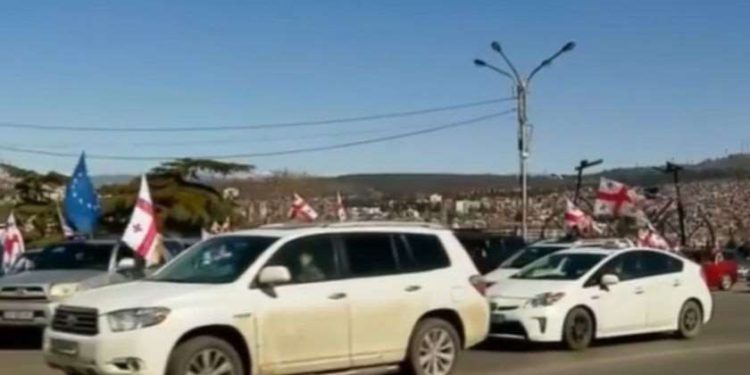 Representatives of the “National Movement” today held a rally in support of Nika Melia. The participants of the march were protesting Melia’s presence in prison. The protesters marched in convoys to Rustavi Prison.

“I want to greet Nika, to say that, Nika, we are proud of you, you are a real leader, a man, a patriot who sets an example for other politicians, for each of us, you are not only the elected chairman and leader of the “National Movement “, but you deserve the greatest respect from other opposition parties and you are the real leader of the movement and struggle for the liberation of Georgia from this harassment,” said Gia Baramidze, a member of the United National Movement.

By this time the rally has already been ended, although participants say a peaceful protest march will be held again.