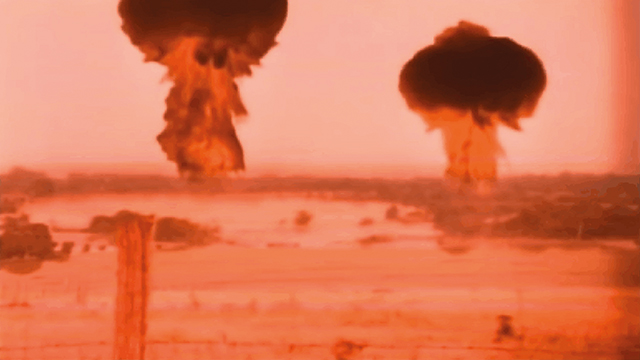 I wonder if the world remembers Ronald Reagan’s famous admonition: “A nuclear war cannot be won and must never be fought!”? With these memorable words from this great man in mind, should we admit to the perpetual coexistence of good and evil? Naturally! Then, why did it make sense that the West rejected Russia’s appeal not to deploy any strategic arms near her borders and to curb the western military alliance’s expansion in her direction? Wouldn’t the conceivable western “okay” have saved tens of thousands of innocent civilians and even more combatants? It might! The correctly premeditated, patient and masterfully prepared negotiations on the subject would presumably have saved the day for all of us; east and west, north and south.

Now that the oil is already in the fire, the onrushing peril of a bigger war, possibly a nuclear one, is becoming almost irreversible, and here’s why: Historically speaking, any war ends in peace talks eventually, because even a detrimental peace is better than an advantageous war. There is no functioning international organization out there with enough power to officially legalize any law that might secure guaranteed peace in the modern world, so we all depend on the good will of the extant nuke-nations: If they desire peace, there will be peace, and if not, there might be complete devastation in store for civilization. Isn’t this a pain?

And again, if the world is compelled to keep clear of the nukes and their usage in future, why does it always opt to go to war instead of heading for the negotiation table? Is humankind really so mindless? Have we not learned even one lesson from our disastrous history of distress and bloodshed? In order to avert a nuclear catastrophe, verbal tabooing of the atomic clash alone will not be enough; a conventional military attack has to be internationally prohibited in the first place by some strict ordinance, with compulsory observation by every nation in the world. If this sounds like nothing more than utopia, then we are forever faced with the inevitable prospect of wars and their consequences.

Let’s get more specific and throw in the situation with the current war in Ukraine, which the world is getting very tired of. And tired it becomes in terms of our spending money on it, commenting on it and thinking of it as the precursor to a nuclear calamity. So, what to expect out of it? Ukraine cannot afford to lose so many territories, and after so many sacrifices, both human and financial, it can hardly give up its existential battle half-way through. The unfortunate and catastrophically ruined non-nuclear Ukraine wants its forfeited territories back, it wants the country rebuilt, and it wants its international status returned to it. And I can’t blame it. Russia, one of the most important nuclear nations on the planet, will never, ever put up with defeat, which means to it a complete loss of face. Russia will thus undoubtedly insist on keeping all the newly grabbed lands, demanding once again her prewar claims to be respected and reckoned with.

This is a genuinely tragic geopolitical impasse, where diplomacy seems feeble and irrelevant, and the future looks direr than ever before. And here comes the nastiest question one could ask: Will the world, being on the verge of using either Russia or Ukraine as a scapegoat for the sake of maintaining peace in the world, make that awful choice, or will it rather have the war continue forever as a routine of everyday life? Freezing the conflict is also a possibility, isn’t it?

I personally think that keeping both Russia and Ukraine intact and safe is already impossible. One of them will definitely suffer some bad losses, including that loss of face, maybe both. But not even a shadow of the good old days can be seen on the horizon. The habitual peaceful coexistence was so good! Russia and Ukraine could have lived in a happy brotherly neighborhood for hundreds of years to come! Yes, they could, provided the West had thought a little better about the mass deaths and all sorts of atrocities any war is likely to bring about. And within that, nobody would have begrudged our little Georgia the peaceful life it currently enjoys.