A Few Ideas about the Country’s Ability to Compete and Adapt. Part I 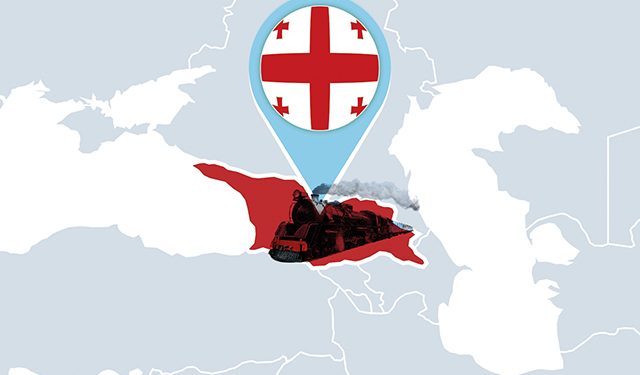 The development of a nation is influenced not only by external historical and political factors, but also by qualitative indicators of nation-state organization. These very factors largely determine the competitiveness of this rather complex organizational unity and its resistance to internal or external shocks.

When talking about the strength of nation-state organization – i.e., the state, no-one questions the importance of material and military resources. However, the material component is not the only factor that determines the national strength, it only consequentially reflects the quality and interaction of the more basic and rather complex societal and social characteristics of nation-state organization. It is precisely the quality of such characteristics that creates a major source of competitive parameters for a state, a possibility to maintain a relevant role in the modern and risky environment.

In this article, we would like to touch upon and briefly overview those separate characteristics and open a discussion on practical aspects of their intersection with the internal and external political line of our country, Georgia.

National ambition
National ambition is a necessary condition for the vitality of a nation state, for finding the way in conditions of complex and rapidly changing external or internal influences. It must be noted that the passage of time does not diminish but, on the contrary, further exacerbates the necessity for constant maintenance and strengthening of ambition for nation-state identity.

When talking about the role of national ambition, one thing that remains pressing even today, in our modern times and especially from the perspective of a small state is an Athenian formula that was formed in the era of the Peloponnesian wars: being fast, brave and not fearing innovations is a prerequisite for continuous growth of [national] wealth and power. Although this formula did not bring victory to Athens, it has withstood the test of centuries, and the need to realize it has become clear in the threats and challenges of our times.

It has already been said that Georgia’s cooperation with partners is of fundamental importance, but any such cooperation, be it in the security or any other sphere, must be based on the Georgian ambition of being successful, self-sufficient and self-esteemed.

Naturally, the national ambition of success and self-esteem rests on several fundamental and very practical directions. In our view, these are the energy and food self-sufficiency of the country, the ability to become a hub of technological and modern financial services in the region, i.e., a set of those particular material parameters that improve the welfare of the country’s population and also make the country beneficial for external actors.

Here, we will go back again to the need to emphasize a regional function of Georgia for the aim of enhancing existing infrastructural and transportation-logistic links and building new systems on them. We have already written once and will reiterate here again that the line dubbed as “Shevardnadze’s doctrine,” whereby Georgia was viewed as a country constantly standing out for its functional connotation and need, needs revising, supplementing and adjusting to the existing reality. It has also been said that projects facilitating cargo flows or new regional-transportation hub-and-spoke systems alone do not represent a functional benefit for the Georgian state. Along with the aforementioned function, it is a road towards a greater national security, something which we so flexibly managed at the end of 20th century and beginning of the 21st. That fast, brave-and-not-fearing-innovations experiment needs to be repeated and filled with new substance. That, however, is unimaginable without national ambition.

Strategy, or playing a strategy game?
It has become a sort of fashion in the modern world to talk about strategy and to try to reflect it in conceptual documents. At the same time, an impression is created that, by putting down correct “strategic emphases” on paper, the job is done, and from that point on, things will play out themselves (and according to a described strategy). The issue becomes more odious when it concerns large, global states, and the term “great strategy” encompasses all useful and useless nuances. The key thing, however, is that (a) often, it becomes actually impossible for the author of a “great strategy” to follow the “written” strategy with real deeds, and (b) also often, the author, to achieve a tangible result, reject themselves constraining postulates of the “great strategy.” But let’s leave that and talk about our own selves.

The availability of a strategy, even “great” strategy, does not depend on the size of a country- whether large, medium or small; even more, the Georgian nation, considering Georgia’s rich history and experience of statehood, does have a justified claim for having its own “great strategy.” However, in this case too, we want to reasonably lighten the construction of the issue and adjust it to a practical need.
For example, we believe that it is more comprehensible and justifiable in the modern world to talk about strategic objectives than about an unconditional rigidly set out formal line towards these objectives. In our case, setting it out is (a) a useless exercise because global processes are characterized by fast and often unpredictable dynamics; (b) setting out a strategic line constrains decision makers and implementers in terms of applying adequate means towards strategic objectives at the right time. As a result, a “great strategy” breaks up while the agenda remains unfulfilled.

With regard to Georgia, instead of a rather static “great strategy,” it will be more relevant to speak about an “emerging strategy.” This is a construction that allows one to quickly adjust to fast-changing circumstances and, towards this end, does not limit one in choosing tactical means. Georgia’s strategic objectives can be divided into two broad groups: greater security and greater welfare. At the same time, a benefit could be derived for these two groups of strategic objectives from the unrestrained nature of the Georgian “emerging strategy” and a broad choice of tactical resources. We think that that would be correct, rational and productive too. As a result, the country would abandon playing a game of statehood for good and we would also spare society’s nervous system from a negative, cheap, pseudointellectual buzz in media about playing a strategy game.

For free maneuvering to avoid risks, we also think that only within the “emerging” strategy will the Georgian foreign political line be able to maintain the so-called Georgian balance for modern international relations. That is a practice which is introduced by a number of countries under unpredictable conditions, and which we must transform into the discipline needed for state politics.