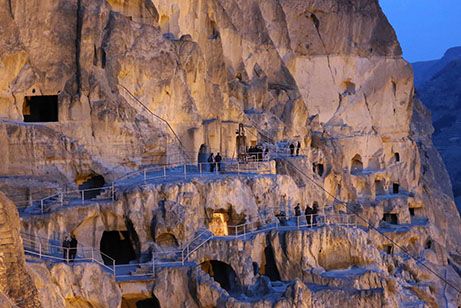 The nomination application submitted by Georgia to the European Commission and the organization Europa Nostra was named a winner along with 8 other nominees, who were named as exemplary achievements in the conservation category.

The construction of the Vardzia rock complex was begun in the late 12th century by King George III, and was completed by his daughter, King Tamar. The complex is cultivated along a rock, stretching to a height of 50 meters and a length of about 800 meters.