9 Killed, 57 Injured in Russian Attack on Military Base Near Lviv 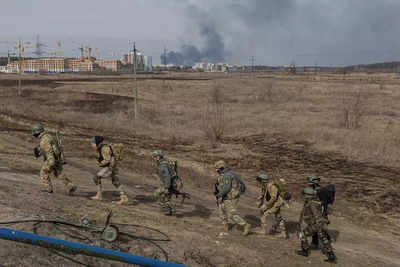 A Russian airstrike on a military training base in western Ukraine killed at least nine people and wounded 57 on Sunday.

The assault brought the war closer to the border with Poland, reports USA Today.

The governor of the Lviv region, Maksym Kozytskyi, said Russian forces fired more than 30 cruise missiles at the Yavoriv military range, located 19 miles northwest of the city of Lviv and 22 miles from Ukraine’s border with Poland.

According to the source, Russian fighters also fired at the airport in Ivano-Frankivsk, a city in western Ukraine located about 150 miles from Ukraine’s border with Slovakia and Hungary.

The attacks early Sunday came after Russia bombarded cities across Ukraine on Saturday, pounding Mariupol in the south, and shelling the outskirts of the capital, Kyiv.

As Ukrainian officials say, Russia’s goal was “to sow panic and fear.”