8th Day of Protest: Striking Employees of Borjomi Plan to Picket the Factory 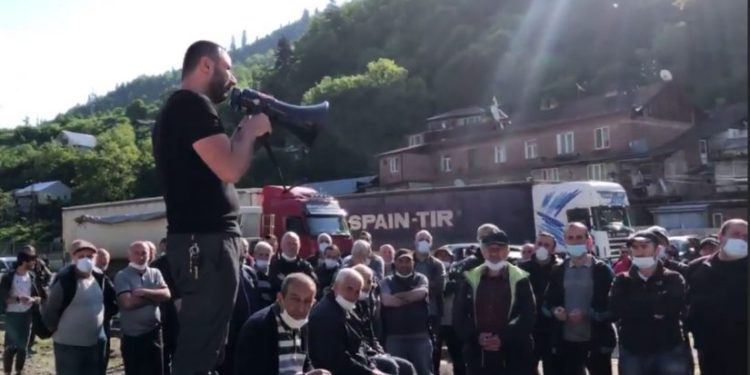 After an 8-day strike, employees of the Borjomi bottling plant announce that they will picket the plant today and will not allow anyone to move.

Their demand is unchanged, they are demanding a pay rise, which is refused by the employer company IDS Borjomi Georgia.

A few days ago, the striking employees of the Borjomi factory met with Anton Obolashvili, a majoritarian MP from Samtskhe, and then a mediator appointed by the Ministry of Health. The meeting ended without agreement.

Employees are not going to meet with the company management without trade unions.

However, IDS Borjomi Georgia itself states that “direct negotiations with employees are impossible due to the destructive actions of the trade and industry union, which prohibits employees from meeting with employers without their involvement.”

The employees of the Borjomi factory have been on strike for 8 days now. As a result, the operation of Borjomi N1 and N2 bottling factories has been suspended.

Striking employees note that they will continue to protest until their demands are met.