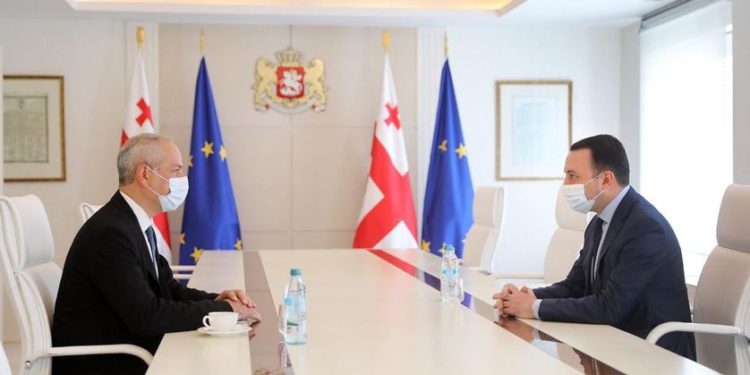 The Government of Georgia has released information stating that Irakli Sesiashvili has been appointed advisor to the Prime Minister of Georgia, Irakli Garibashvili on defense and security.

Today, Irakli Garibashvili held a working meeting with the newly appointed advisor in the government administration. The head of the government noted that defense and security are priority areas for the Georgian government and wished Irakli Sesiashvili successful work.

Irakli Sesiashvili is a member of the Parliament of Georgia of the X convocation, in 2012-2020, he was the Chairman of the Defense and Security Committee of the Parliament of the 8th and 9th convocations. He has many years of experience in both the private and non-governmental sectors, as well as in the academic field. Irakli Sesiashvili has received higher education in various specialties at Tbilisi State University, Heidelberg, and Bamberg Universities, and holds a Master’s degree in Security Research from the Institute for Peace and Security Studies at the University of Hamburg.