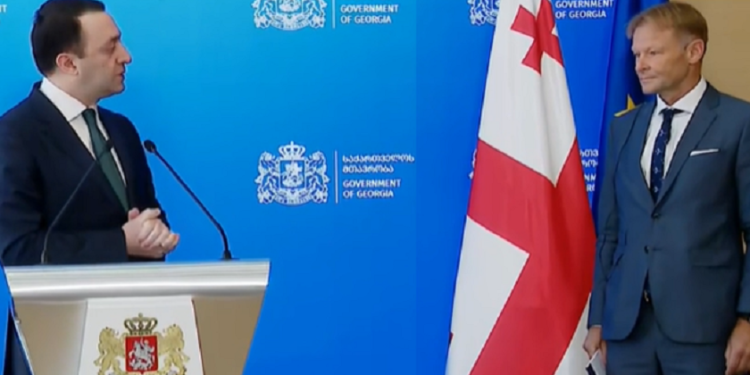 The Prime Minister of Georgia, Irakli Garibashvili, held a briefing today, May 7, where he appointed Vazil Hudak, former Vice-President of the European Investment Bank and former Minister of Economy of Slovakia, as “Foreign Investment Advisor.”

“As you know, we are working on a new economic recovery plan in the difficult situation caused by the coronavirus. In this plan, of course, foreign investment will play a leading role. The country needs investments, which means that the economy will recover faster: more employment and more income for our citizens. We chose Mr. Vasil Hudak.

“He is a great citizen of Georgia and a great friend, who worked as Vice-President of the European Investment Bank, Minister of Economy and Finance of Slovakia, and previously worked in private banks. He knows Georgia very well. He knows our economic team well,” Garibashvili said.

Hudak noted that Georgia is very close to his heart and his goal is to help the Georgian government mobilize various resources through international assistance.