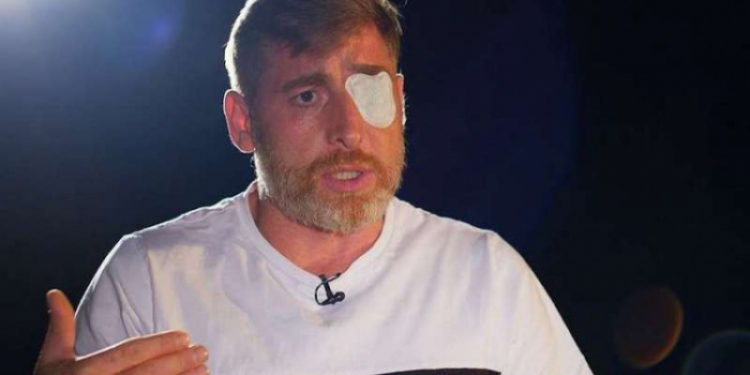 A sixth individual detained for violence against late TV Pirveli cameraman Lekso Lashkarava during the July 5 events in Tbilisi has been denied release on bail.

The prosecution indicated that due to the nature of the crime, complete isolation of the accused Gia Giguashvili was necessary; accordingly, he currently remains in pre-trial detention.

The defense did not agree with the motion of the prosecutor and demanded the release of the accused on a bail of 3,000 GEL.

The investigation established that the accused G.G. on July 5, during the counter-manifestation of “Tbilisi Pride” verbally and physically assaulted the cameraman of TV Pirveli while he was performing his professional duties at the “Shame” movement office.

As a result of brutal group violence by Pride opponents, cameraman Lekso Lashkarava was severely injured. A few days later, he was found dead at his own home.

The investigation is in progress under Article 154, Part II, Article 156, Part II, Subparagraph “A” and Article 225, Part II of the Criminal Code of Georgia.

During the protest rallies held on July 5-6, 29 people were arrested in total for unlawful interference with the journalist’s professional activities under the threats of violence, persecution under violence, or threat of violence and group violence, in particular:

Investigative-operative activities are underway to identify and arrest others involved in the crime, the Ministry of Internal Affairs reports.