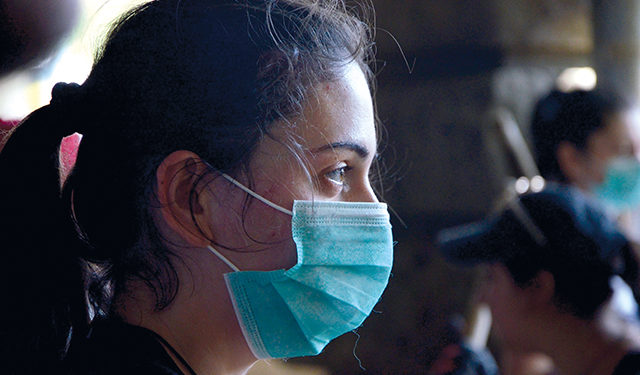 The new UNDP report shows a growing sense of insecurity among people despite years of development growth, prompting calls for solidarity and refocusing development efforts

Global development progress does not automatically lead to a greater sense of security, according to a new United Nations Development Program (UNDP) report on human security released on February 8.

New data and analysis in the report, New Threats to Human Security in the Anthropocene, shows that people’s sense of safety and security is at a low in almost every country, including the richest countries, despite years of upwards development success. Those benefiting from some of the highest levels of good health, wealth, and education outcomes are reporting even greater anxiety than 10 years ago.

To tackle this disconnect between development and perceived security, the report calls for greater solidarity across borders and a new approach to development; one that allows people to live free from want, fear, anxiety and indignity.

“Despite global wealth being higher than ever before, the majority of people are feeling apprehensive about the future, and these feelings have likely been exacerbated by the pandemic,” says Achim Steiner, UNDP Administrator. “In our quest for unbridled economic growth, we continue to destroy our natural world, while inequalities are widening both within and between countries. It is time to recognize the signs of societies that are under immense stress and redefine what progress actually means. We need a fit-for-purpose development model that is built around the protection and restoration of our planet with new sustainable opportunities for all.”

The imperative to act now has never been more clear, as new findings also show that global life expectancy at birth is falling for a second year because of Cocid-19, and overall human development measures are also moving downward. Furthermore, climate change is likely to become a leading cause of death around the world. Even with moderate mitigation of emissions, some 40 million people might die because of changes in temperatures before the end of the century.

The report examines a cluster of threats that have shifted to become more prominent in recent years, including those from digital technologies, inequalities, conflicts, and the ability of healthcare systems to tackle new challenges like the Covid-19 pandemic.

Addressing these threats, report authors argue, will require policymakers to consider protection, empowerment, and solidarity alongside one another so that human security, planetary considerations and human development all work together and not despite each other. This means that solutions for one problem shouldn’t exacerbate other problems.

“A key element for practical action highlighted in the report is building a greater sense of global solidarity based on the idea of common security. Common security recognizes that a community can only be secure if adjacent communities are too. This is something we see all too clearly with the current pandemic: nations are largely powerless to prevent new mutations of this coronavirus from crossing borders,” said Asako Okai, UN Assistant Secretary-General and Director, UNDP Crisis Bureau. 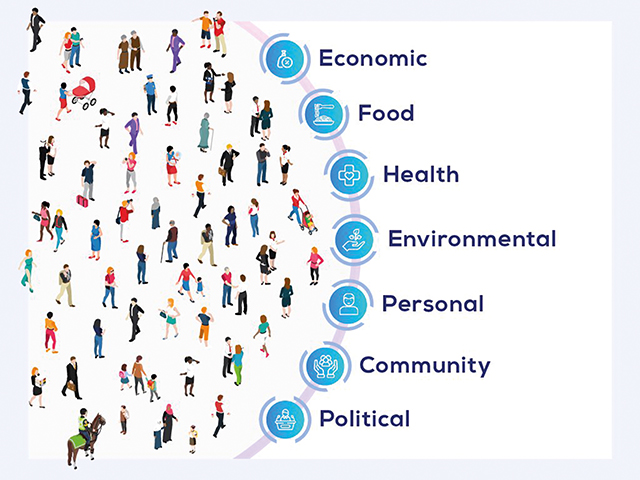 The report also notes the strong association between declining levels of trust and feelings of insecurity. People with higher levels of perceived human insecurity are three times less likely to find others trustworthy.

Other new findings in the report include:
• The more highly developed countries tend to capitalize more on the benefits from planetary pressures and suffer less of their consequences, highlighting how climate change is pushing inequalities further apart.
• About 1.2 billion people live in conflict-affected areas, with almost half of them (560 million) in countries not usually considered to be fragile, indicating that the traditional ideas about which countries are most vulnerable to conflicts need to be revisited.
• In 2021, despite the highest global GDP in history, and despite Covid-19 vaccines becoming more readily available in some countries, global life expectancy declined for the second year in a row, declining by about one and a half years on average compared to a pre-Covid world.
• There are large and widening gaps in healthcare systems between countries. According to the report’s new Healthcare Universalism Index, between 1995 and 2017, the inequality in healthcare performance between countries with low and very high human development worsened.

The concept of human security, first introduced in UNDP’s milestone 1994 Human Development Report, signalled a radical departure from the idea that people’s security should be only assessed by looking at territorial security, emphasizing the importance of people’s basic needs, their dignity, and their safety to live secure lives.

UNDP is the leading United Nations organization fighting to end the injustice of poverty, inequality, and climate change. Working with a broad network of experts and partners in 170 countries and territories, UNDP helps nations to build integrated, lasting solutions for people and the planet.