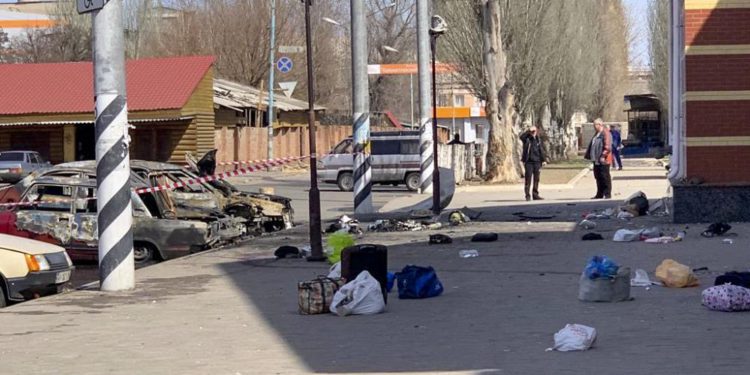 Ukrainian authorities say a rocket attack has struck a railway station at Kramatorsk in eastern Ukraine, “killing 39, including four children” and “wounding over 100”. The station has been used by many evacuees in recent days, and authorities say thousands were there at the time of the attack.

The EU’s foreign policy chief Josep Borrell, travelling to Kyiv on Friday with Commission President von der Leyen, has blamed Russia for an “indiscriminate attack” designed to “close escape routes” for those fleeing the violence.