36 employees of the National Agency for the Protection of Cultural Heritage have lost their jobs as a result of a reorganization.

“In order to get the optimal structure of the agency, positions that were no longer necessary were removed. As a result, instead of 17 services, 11 services continue to function in the agency and the number of employees has been reduced from 381 to 345,” reads the statement.

In addition, 17 positions of various profile “masters” that did not exist before have been added to the list of staff of the agency.

According to the agency, the idea of ​​creating a registry of masters belongs to the Minister of Culture Tea Tsulukiani and comes as a result of a shortage of qualified staff. In particular, according to a study by the Ministry of Culture, in many cases, the problems with cultural heritage sites are “caused by a shortage of qualified staff or a lack of professionalism of the existing staff.”

In addition, the Intangible Cultural Heritage Service and the Laboratory for the Fixation of Monuments and the Conservation and Restoration of Cultural Property was established as a separate structural unit.

The agency has also set up mobile teams of inspectors to monitor the condition of cultural heritage sites in the regions.

The agency said the changes “were aimed at achieving an effective and timely implementation of the functions assigned to the agency, as well as overcoming the serious challenges facing the agency.”

The reorganization at the National Agency for the Protection of Cultural Heritage has been ongoing since November 25, 2021. A new staff schedule came into force on January 15 of this year.

Activists Union Sakdrisi Committee (Movement for Cultural Heritage) has responded to the current developments at the Agency, publicly appealing to President Salome Zurabishvili to use all the levers at her disposal and to get involved in the process to study the issue. 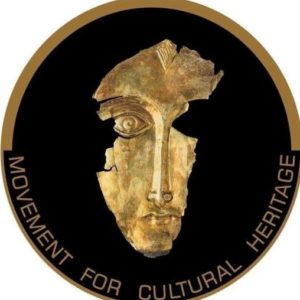 “We would like to respond to the recent alarming developments at the National Agency for the Protection of Cultural Heritage and the National Museum. Georgia’s cultural heritage has been facing great challenges for many years, but the National Agency for Cultural Heritage Preservation has not been able to meet these challenges due to a lack of finances and staff. Against this background, the implementation of reforms that would have strengthened the institution was welcome, however, the latest developments at the agency point to another trend.

“Instead of eliminating the shortcomings in the work of the National Agency for the Protection of Cultural Heritage, starting with the introduction of effective management mechanisms of the agency, we are facing a process of mass dismissal of employees.

“According to our information, up to 30 people had left the agency by December 2021 due to problems with the new head of the Ministry of Culture, and in December, the agency itself fired more than 30 employees, with another 30 employees on January 15 this year. Unfortunately, the National Agency for Cultural Heritage, as well as the National Museum, are being forcibly left by people whose qualifications have never been questioned, not only in Georgia but also at the international level.

“On January 15, the National Agency for the Protection of Cultural Heritage said in a statement that at the initiative of the Minister, the new staff of the agency would be made up of hired masters (craftsmen). Of course, the presence of qualified craftsmen is very important, but here a simple question arises – will craftsmen be the administrative link of the main institution of cultural heritage?

“The National Agency for the Protection of Cultural Heritage, whose sole responsibility is to care for tangible and intangible heritage, needs architects-restorers, art historians, archaeologists, engineers and others in addition to the craftsmen. It is therefore incomprehensible to talk about the scarcity of qualified staff on the one hand and to ask for professional staff from the agency on the other.

“Unfortunately, due to the ongoing personnel battles, the most important issues remain beyond attention: What is the situation in Gelati? Why did the important rehabilitation projects of Mutso, Ateni Sioni Church, Ujarma, Kumurdo and other monuments stop?

“We also do not know what the Regional Inspectorate for the Protection of Cultural Heritage did last year.

“In addition to the above issues, the leadership of the Ministry of Culture avoids healthy and case-oriented communication with non-governmental organizations and groups of volunteer activists working in the field of cultural heritage. We would like to add that it is completely incomprehensible and unacceptable for us why academic circles are silent when they know best what serious consequences this process can have for the cultural heritage itself.

“We call on the Georgian Academy of Sciences, scientists and specialists in the field to publicly state their position on current events and to protect their colleagues!

“The Sakdrisi Committee publicly appeals to the President of Georgia – Salome Zurabishvili, who is really distinguished by her patronage of cultural heritage – to use all the levers at her disposal and to get involved in the process to study the issue,” reads the statement.

Authorities, including the Minister of Culture, have not yet publicly responded to the issue of mass dismissal of employees from the Cultural Heritage Protection Agency.