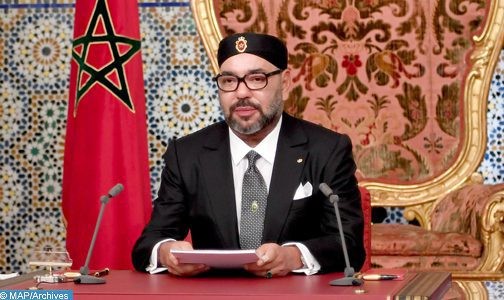 The Kingdom of Morocco is celebrating this July 30, 2022, the 23rd anniversary of the accession of His Majesty King Mohammed VI to the Throne of His glorious ancestors. The commemoration of this national day is an opportunity to reiterate the unconditional affection expressed by the Moroccan people to the sovereign, to renew the secular bonds of the Bayâa (Allegiance) and to express the unwavering attachment of Moroccans to the Alawite Throne, in to meet challenges together and overcome all difficulties.

With meanings and objectives as deep as they are multiple, the Feast of the Throne is intended to illustrate this strong aspiration to achieve more victories for the Nation and an opportunity to mobilize in favor of the improvement of Morocco towards progress and modernity.

Symbol of national union and of spiritual ties and affection binding King Mohammed VI and his people, the Feast of the Throne, with its patriotic character and its deep political effects, it’s an important event for all Moroccans, inside and outside the Kingdom, reflecting this cohesion and this great love and respect which characterize the links between the Moroccan people and the Alaouite Throne.

The Feast of the Throne is also an opportunity to remember the pioneering achievements experienced by Morocco under the reign of King Mohammed VI, to salute the major changes that have taken place over the past twenty-three years.

Since the enthronements of King Mohammed VI, The Kingdom of Morocco faced changes by the implementation of numerous economic and social projects and the accomplishment of important achievement through the engagement in a process of profound reforms.

These reforms have been carried mainly out of the political, economic, social, religious, justice and human rights fields: the creation of the instance of equity and reconciliation in the field of transitional justice, the reform of the justice and the reinforcement of its independence and the consolidation of the human rights.

The Priorities for the next five years 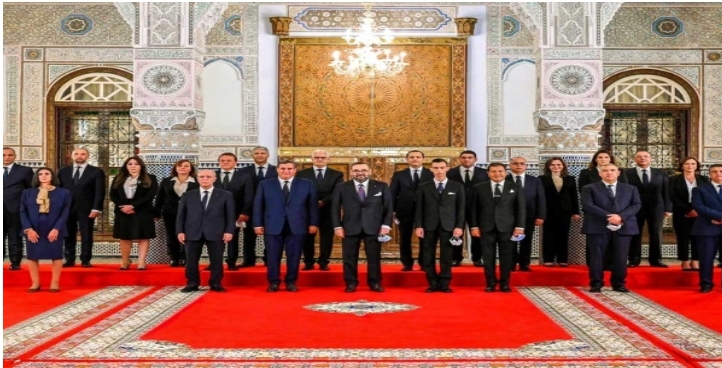 On October 8, 2021, day after the legislative elections and the constitution of a new government, the King Mohammed VI set the guidelines that the Executive will have to tackle during his five-year term.

The first pole on which the Head of State insists is that of sovereignty: to consolidate the resilience efforts begun in particular since the start of the pandemic, as well as the country’s strategic autonomy and security. King Mohammed VI has ordered the establishment of an integrated national system relating to the strategic reserve of basic necessities, in particular food, health and energy, with continuous updating of national needs.

The royal injunction on this highly strategic subject stem from a geopolitical and geoeconomics reading, drawing lessons from the Covid-19 crisis and taking into consideration the risks and uncertainties of an international environment in perpetual turbulence.

The second part of the royal strategy concerns economic recovery, in particular to overcome the difficulties created by the pandemic crisis. The sovereign delivered in this sense an optimistic and reassuring vision, and affirmed that Morocco will serenely pursue its development project, while accelerating the pace of reforms.

The third priority of the royal roadmap focused on the operationalization of the development model and the launch of a new generation of integrated projects and reforms.

Today, and thanks to the successful management of the health crisis – particularly the smooth running of the vaccination campaign -, the support measures for the companies and categories affected, as well as the recovery plan launched on the King’s instructions, the drivers of the Moroccan economy are recovering.

Manufacturing plant for Covid-19 and other vaccines in Morocco

His Majesty King Mohammed VI chaired in the province of Benslimane (Casablanca-Settat Region), the launching ceremony of the works for the realization of a manufacturing plant for Covid-19 and other vaccines, a structuring project which, in the long term, will contribute to ensure the vaccine sovereignty of the Kingdom and the African Continent as a whole.

This industrial unit is in line with the vision of His Majesty the King to position the Kingdom as a key biotechnology hub in Africa and in the world, capable of meeting the health needs of the continent in the short and long term, by integrating pharmaceutical research, clinical development, manufacturing and marketing of biopharmaceutical products of great necessity. It should eventually mobilize an investment of approximately 400 to 500 million euros.

The Benslimane project consists of setting up a plant for the manufacture and syringing of vaccines (anti-Covid and other vaccines), with 3 industrial lines whose combined production capacity will reach 116 million units in 2024.

The project, which is the result of a public-private partnership, including the support of one of the world leaders in biotechnology and the “Fill & Finish” industry, the Swedish company Recipharm, will ensure the Kingdom’s self-sufficiency in vaccines and make the country a leading biotechnology platform on the African continent and the world in the field of the “fill & finish” industry.

Named “SENSYO Pharmatech”, the industrial unit, the largest platform by capacity of Fill & Finish of vaccines in Africa, will eventually become one of the first 5 in the world.

A massive and continuous transfer of know-how is planned to position the Kingdom in the next 5 years as the continent’s locomotive in research, development and production of advanced biopharmaceutical products.

With the launch of this project, Morocco, under the enlightened leadership of His Majesty King Mohammed VI, is taking another step towards effective and proactive management of the pandemic crisis and its consequences.

Morocco no doubt suffers from the fallouts of COVID-19, despite its efficient response to the pandemic. However, Morocco continues to develop itself by investing in human resources and in infrastructure, the social security system for the low-income citizens and improves the country’s health system.

Morocco has made substantial economic achievements in 2021 despite the far-reaching consequences of the COVID crisis. Morocco has the ambition to go step further while being the most attractive destination to invest in the region. This ambition is today supported by a new identity: Morocco Now.

Morocco Now reflects the Kingdom’s vision, its youth dynamism, its industrial innovation, its entrepreneur’s agility, its historical openness and the growth potential that Morocco offers.

Debuting at the Dubai Expo in October2021, the “Morocco Now” campaign gained international attention appearing in Times Square, Bourj Khalifa, and major business networks worldwide. Behind the marketing campaign is Morocco’s ambition to transform into an investment and regional industrial hub, bridging the distance between Europe and Africa.

Parallel to Morocco’s ambitious plans to transform into a manufacturing hub, the Kingdom also has environmentally-conscious green plans for the future.

Within a broader vision to source 52% of its electricity from renewable energy by 2030, Morocco inaugurated its first floating photovoltaic power plant in September 2021. In addition to sourcing green energy for solar panels, Morocco’s Ministry of Energy Transition and Sustainable Development announced in October plans to use biomass to create sustainable energy.

This floating photovoltaic power plant is set to be installed in the region of Sidi Slimane in the northwestern centre of Morocco. The plant will be the first of its kind in Africa, and it will be built by Energy Handle, a company that specializes in renewable and green energy, and will use photovoltaic technology. The plant is expected to produce 360 KW in its initial phase, with a total yearly production of roughly 644 MWh, with 800 panels. Solar panels can generate a big amount of electricity with no greenhouse gas emissions, hence solar energy is predicted to be a leader in the world’s continuous fight against climate change.