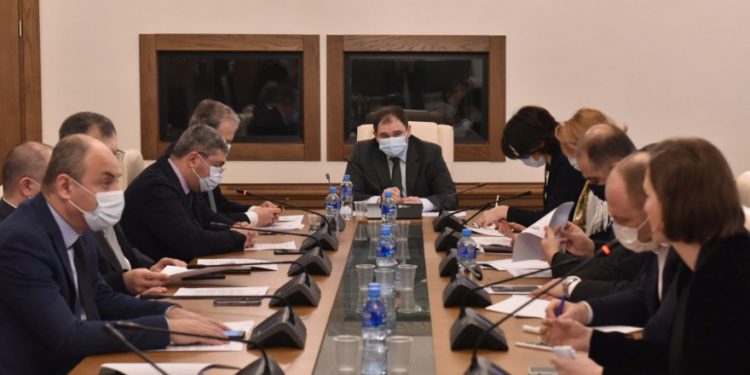 The Foreign Relations Committee has supported the resolution on possible military escalation in Ukraine.

According to Giorgi Khelashvili, First Deputy Chairman of the Committee and one of the draft’s creators, this is a significant document that expresses Georgia’s support for Ukraine’s sovereignty and territorial integrity, as well as regional peace and security.

“The resolution affirms support for Ukraine’s sovereignty and territorial integrity, ensuring that Ukraine’s and, most significantly, Georgia’s, sovereignty and territorial integrity are better maintained. Ukraine’s membership in the North Atlantic Alliance is acknowledged and supported in the resolution. It also demonstrates that using military-political tactics to hinder NATO membership is inadmissible and unacceptable,”  Khelashvili stated.

The Committee meeting was held amid heated debate, where the majority of opposition MPs demanded from the initiators of the bill that the Russian Federation be clearly specified in the text of the resolution, in which case it would be a document adopted not only by the ruling team but also by the opposition.

“In our opinion, making any amendments to the resolution from a political point of view is more an excuse and not a reason not to support the resolution and make it a subject of internal manipulations. Evaluation is a matter of political taste on which the ruling team and the opposition cannot agree. Our goal is to adopt a resolution that meets the national interests,” Khelashvili said.

The Foreign Relations Committee was supposed to discuss the draft resolution on the current events in Ukraine, prepared by the Faction-Independent MPs. However, the authors of the draft decided to dismiss the document and called on the ruling party to adopt a single, multi-party resolution.