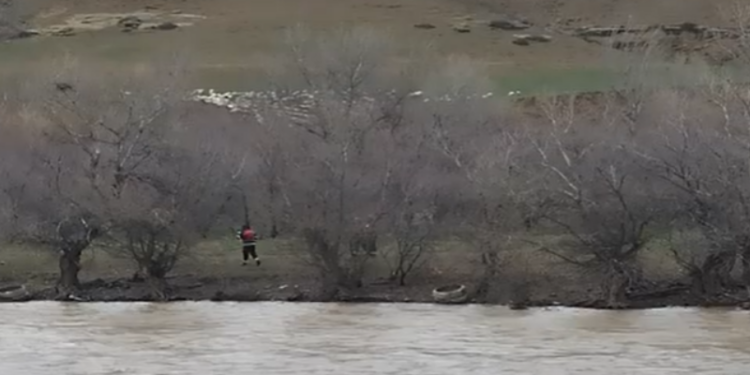 Rescuers have evacuated four shepherds from an artificial island created by the Mtkvari River flood in the village of Kvakhvreli, while two still remain on the ground, the Emergency Management Service (EMS) reports.

The EMS says both shepherds stayed on the artificial island by choice to stay with the cattle they were shepherding.

EMS employees are mobilized on the spot. No-one was injured in the incident and the water level is being monitored.

A flooded river in the village of Kvakhvreli in Gori Municipality created an artificial island yesterday, March 24, where six shepherds were trapped with cattle, sheep and goats.

Reportedly, it was possible to evacuate the shepherds even yesterday, however, they did not want to leave their animals.