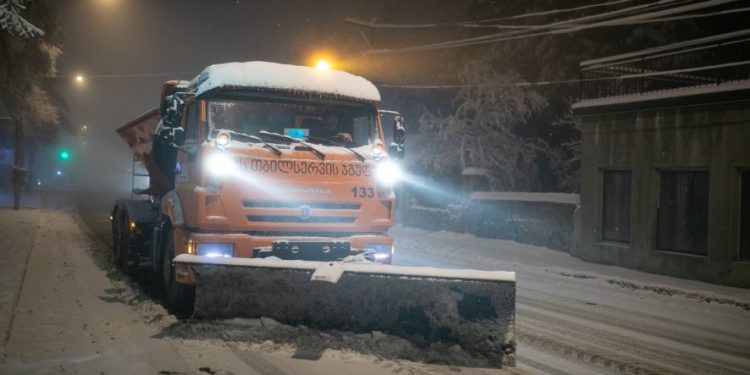 The City Hall of Tbilisi reported that road cleaning works had been started due to the precipitation and low temperature in the capital, and approximately 160 tons of road salt have been spread throughout Tbilisi.

“At this stage, road salt has been put down on Aghmashenebeli Alley, in Koshigora settlement and Mukhathvedi cemetery, on Kakheti Highway and Lilo settlement, on Vekua and Khizanishvili streets, on the Zahesi Bridge, in the vicinity of Tbilisi Sea and in Giorgitsminda village. Salt has also been put down on the Nutsubidze plateau streets.

City Hall notes the work will continue so that travel by car will remain possible.