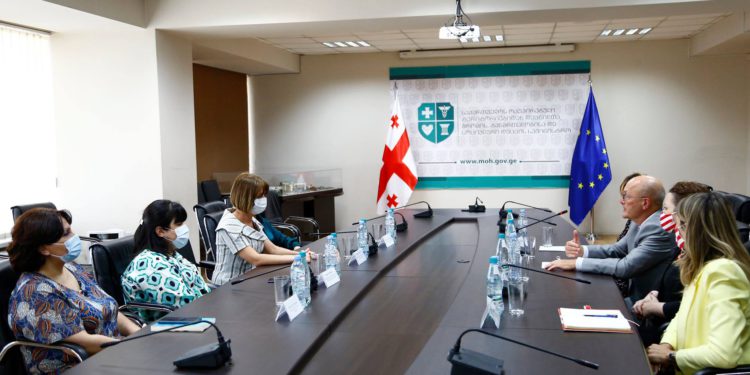 Ekaterine Tikaradze, Minister Internally Displaced Persons from the Occupied Territories, Health​, Labor, and Social Affairs of Georgia, met with the Director of the Regional Office for Eastern Europe and Central Asia at the American Center for Disease Control (CDC), Charles Vitek.

Discussions were held on issues such as responding to the COVID-19 pandemic and strengthening the vaccination process. Conversation between two parties focused on the Hepatitis C Elimination Program, as well as primary health care development issues.

“We discussed issues of future cooperation. Elimination of hepatitis C is a priority in Georgia, as well as work for the prevention of various communicable diseases, strengthening public health infrastructure, antimicrobial resistance issues, and in all these areas the Ministry and the Centers for Disease Control will work with our American partners. Of course, the conversation touched upon expanding the vaccination program,” said Tamar Gabunia, the first deputy minister.

At the meeting, they discussed the process of donating vaccinations from the US government, the details of which will be known in the near future. In the end, Charles Vitek stressed the importance of vaccinating the population.