Police to Take Down Iron Fences Near Village of Gumati 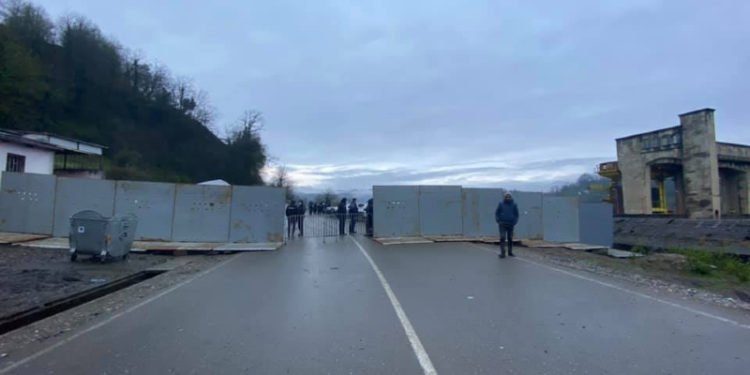 The Ministry of Internal Affairs of Georgia has announced that the police are going to take down the metal barriers located near the village of Gumati, “for security reasons.”

“Police officers will stay in Gumathi and Rioni Gorge  to maintain public order,” the Ministry noted.

The Ministry of Internal Affairs, as the agency responsible for maintaining law and order, called on the citizens who oppose the construction of Namakhvani HPP to observe the requirements of the law during the assembly and expression and to obey the lawful requirements of the police.

“If any violation is detected, the police will act in accordance with the law and respond to each such incident consistently,” the statement reads.

Dirk Buschle, Chairman of the Center for Dispute Resolution and Negotiation, stated after a meeting with the government and Rioni Valley guardians that he hoped police and the government would take steps that would allow locals to move freely.