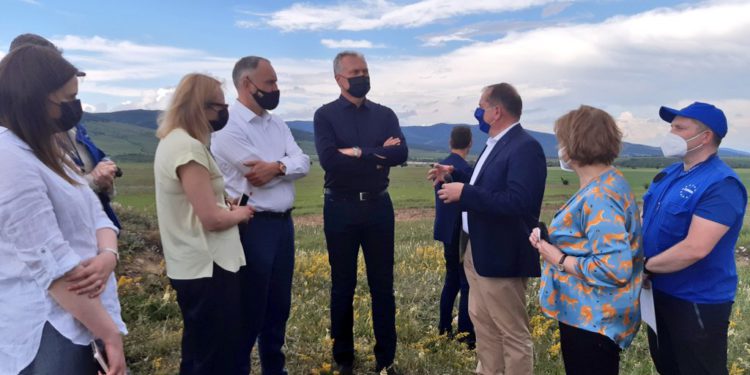 President of Lietuvos, Gitanas Nauseda, has started an official visit to Georgia.

The President of Lithuania visited the administrative borderline of South Ossetia, where the Head of the European Union Monitoring Mission (EUMM) briefed him on the latest security and humanitarian developments at the site and the geographical features of the Khurvaleti region.

In the divided village of Didi-Khurvaleti, the Head of the EUMM also explained the negative impact on the daily lives of the conflict-affected population and the ongoing “borderization” of human rights, such as the installation of new wire fences and watchtowers.

Talks between the Lithuanian president and the mission focused specifically on the restrictions that “borderization” imposes on locals’ freedom of movement, including access to education, health care, land, and property.

“Georgian regions of Abkhazia & South Ossetia have been occupied by Russia since 2008 in violation of international law. Borderization has an immense impact on the daily lives of local people. Lithuania will never recognize the occupation & continue to raise this issue in international fora,” posted Gitanas Nauseda on his Twitter page.