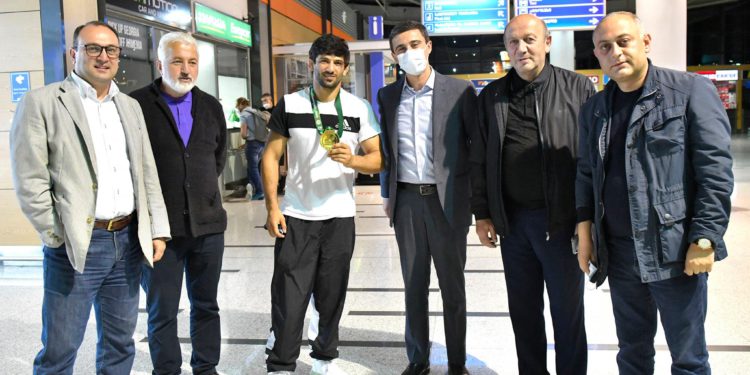 The Ministry of Culture, Sports and Youth of Georgia has spread information, Lasha Shavdatuashvili, a member of the Georgian judo team, has returned from Hungary with a World Championship gold medal.

Lasha Shavdatuashvili won the title of world champion for the first time, having defeated 6 opponents at the World Championship in Budapest in the 73 kg weight category. In the final, Shavdatuashvili defeated Swedish Tommy Macias.

Lasha Shavdatuashvili is the first Georgian judoka in history to be an Olympic, World, and European Champion. The leader of the Georgian national team became the Olympic champion in 2012 in London and won the gold medal of the European Championship in 2013 in Budapest. The Georgian national team has one gold and one silver medal after 4 days of competition, reports the Ministry.