Bidzina Ivanishvili: Giorgi Gakharia’s Action was a Betrayal of his Team 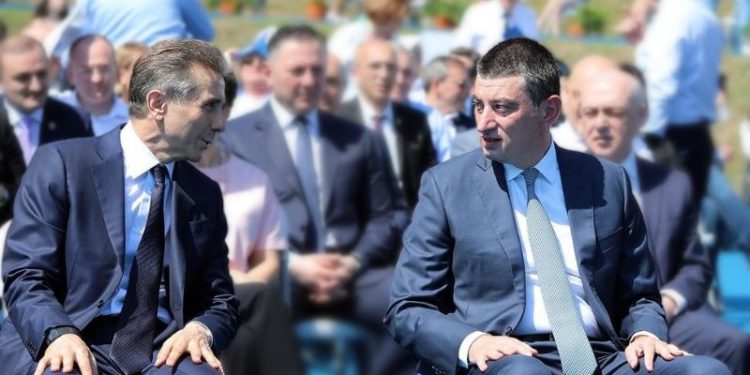 Bidzina Ivanishvili, the former chairman of the Georgian Dream, issued a letter calling Giorgi Gakharia, the former prime minister, a “traitor” for resigning.

“I found out about deliberately spread rumors that Giorgi Gakharia’s party is my so-called political project. Because I see an attempt to link my name to Georgian politics by the spreading of false information despite leaving politics, I feel obliged to give a small explanation to the public on this issue,”  Ivanishvili wrote, having announced in January 2021 that he had left politics.

“From 2011 until I left politics, for Georgian society, I did not dare to create any pseudo-party. It is even more unlikely to dare such a thing after leaving politics. Apart from the fact that the creation of a pseudo-party is wrong in itself, political cooperation with Giorgi Gakharia would be completely unacceptable to me. During all these years, we have witnessed many political mistakes in Georgian politics and I thought that in this respect, nothing and no-one would surprise me. However, what Giorgi Gakharia did in February of this year was surprising,” Ivanishvili wrote.

Ivanishvili notes that Gakharia resigned for a completely “incomprehensible reason.”

“He resigned for the reason that he did not want to uphold the rule of law and enforce the law, which the whole political team called on him to do. He demanded a two-day postponement of law enforcement, about which we have not heard any convincing explanation so far.

“Gakharia’s position was all the more incomprehensible due to the fact that a few days earlier he had insisted on lifting Immunity for Melia from his own team. Such an action of a high official, to a degree of misunderstanding, can hardly be found analogous even in the history of world politics.

In the letter, Ivanishvili stressed that it is important that the ruling party does not depend on individuals and that it is strong as a united team, noting that his departure from politics has put an end to the cult of personality in Georgia.