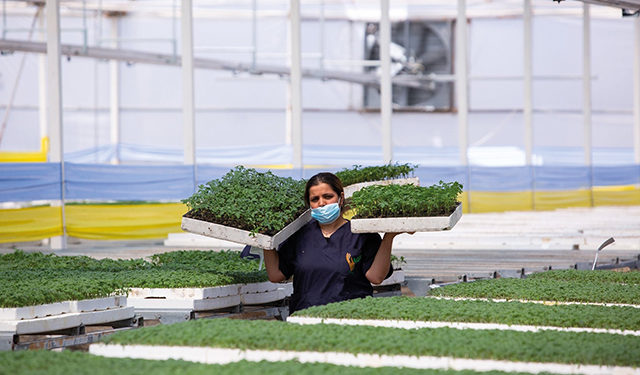 The workers claim to have been underpaid and overworked, and plan to start legal processes to sue for damages. Image source: Georgian Agriculture Ministry

Ten citizens of Georgia who participated in the seasonal employment program in Germany have returned to Georgia.

One of them, Jaba Chachanidze, told reporters that after his previous employer had violated the terms of the program, he and his co-workers were transferred to a new employer. However, they were given further reduced salaries and found themselves again in inappropriate conditions.

Chachanidze says the new employer paid them just 2.50 Euros for one box of strawberries and they often had to work overtime without a break. The returning Georgians plan to start a legal dispute against the Georgian Employment Agency to demand compensation for their losses.

Chachanidze claimed that the Georgian Embassy in Germany was not interested in the fate of the Georgian citizens working there under the mutual scheme. “This employment program is a lie, everything is built on farce, absolutely all the expenses were covered by us. I borrowed 800 Euros to go to Germany and now another 300 Euros to return home. Now I have only 5 GEL in my pocket. It’s unbearable for me. But I’d rather come back to Georgia than stay and be their slave. We will definitely demand compensation for the damage,” Chachanidze said.

At the end of May, the Georgian Trade Union Confederation published a statement, reporting that the 24 citizens who left Georgia for Germany for seasonal work were in “difficult working conditions.”

The GTUC noted in the statement that the employed citizens were not receiving the promised remuneration, with their given salary being 3 Euros instead of the promised 9 Euros per hour. They claimed the unbearable living conditions in which the Georgian citizens were expected to live were even more alarming.

“The union requests the German Ambassador look into the issue, and the Minister of Labor and Health of Georgia Ekaterine Tikradze take an immediate interest in the situation of the Georgian citizens because the Employment Promotion Agency of the Ministry of Labor was the organizer of their trip to Germany,’ the GTUC wrote. 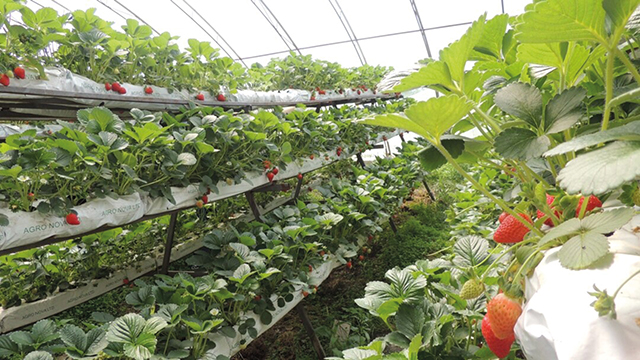 The State Employment Promotion Agency responded to the GTUC statement, noting that they share the concern expressed by one of the groups that traveled to the Federal Republic of Germany within the framework of the Georgian Labor Force Employment Agreement. The agency stated that separate issues should be resolved with the German side.

“We confirm that there was dissatisfaction on the part of the representatives of one group due to the violation of the conditions offered by the employer in the job description. Regarding this, the first contact with the German side was made by the State Employment Promotion Agency upon receiving the information.

“Specific measures have been taken to improve the conditions of this particular group, which is the result of the active work of the Georgian side.

“Most importantly, based on the agreement between Germany and Georgia and the terms of the job offer, the employer agreed to pay the correct, agreed-upon hourly wages to employees from Georgia. If the given conditions are not met, the Georgian side demands the redistribution of members of this particular group to other employers,” the statement reads.

The German Ambassador to Georgia, Hubert Knirsch, also responded to the statement issued by the Georgian Trade Union Confederation, assuring them that all conditions stipulated in the agreement had been met.

“After the spread of information by the Georgian media, referring to a group employed for seasonal work on a strawberry farm, I talked to the German authorities about this issue. In accordance with the rules, the agencies have ensured that all the conditions stipulated in the contract are now being met, including the provision of suitable housing. In Germany, a minimum wage of 9.5 Euros is guaranteed.

“Problems can occur everywhere. The main thing is to solve them quickly. It is good that information about this case was spread in the media. I hope that the successful implementation of the program will be covered with the same attention,” said the German Ambassador.

At the beginning of April, it was announced that 5000 citizens of Georgia would be able to be legally employed in seasonal work in Germany’s Federal Ministry of Food and Agriculture from May. The decision was made due to the high interest of Georgian citizens. By April 2, more than 97 thousand Georgians had expressed their desire to work in Germany.