Youth Internal Migration in Georgia – A Need for Youth-Centered Policies 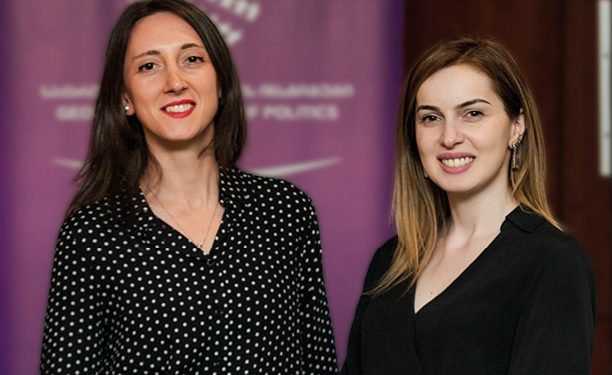 Nowadays, migration is considered as a global phenomenon, the reason for which is, in most cases, to gain access to quality education, pursuit of better careers and wages, and, generally, the desire to live a quality life. Since Georgia gained independence, internal migration has increased as a result of labor migration, seeing citizens relocating from villages to cities. The desire to improve social and economic conditions forced a significant section of the population to abandon their places of birth and either move to the city, or leave the country altogether. Among the plethora of other reasons, a lack of available high-paying jobs and a sense of instability forced the Georgian population to leave their country/place of residence.

There are two types of migration – internal and external (international). Unlike external migrants, internal migrants move to a new place but remain in their country of origin; for instance, village populations move to urban areas. The latter is a very acute challenge for Georgia nowadays – for a small country like it, the irreversible process of emptying the regions, especially when it comes to the young generations leaving their homes for a long time, and sometimes forever, is a big problem. This process significantly damages Georgia’s socioeconomic environment, the population of Georgia’s capital increase at the expense of depopulation of the regions. In the majority of cases, it is youth that chooses to leave their homes in villages and move to regional centers. The problem is especially noticeable in the mountainous villages, where you can see numerous abandoned, empty houses with locked doors and only a few elderly residents remaining. 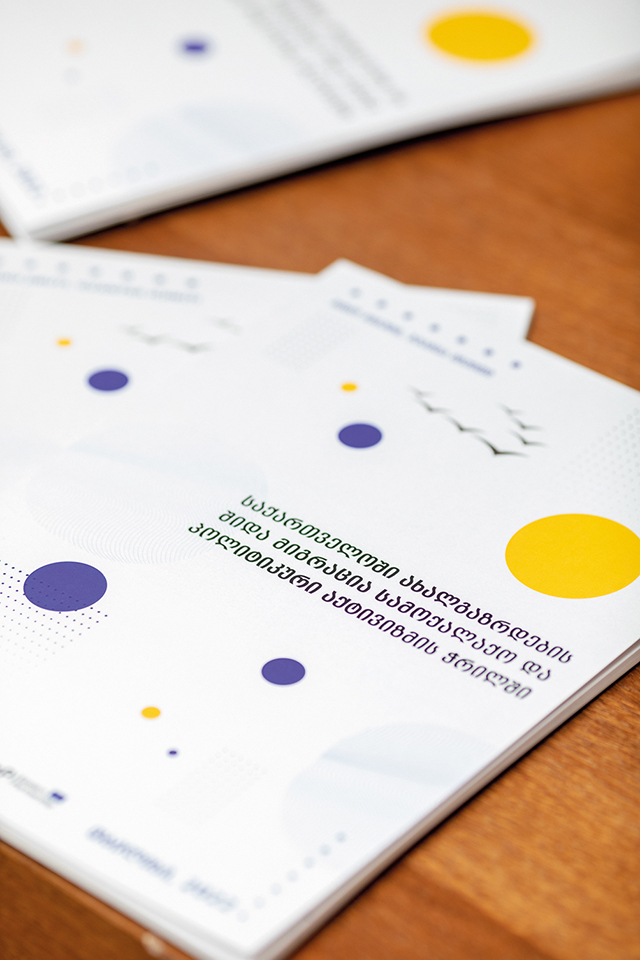 To look into the problem more thoroughly, and find reasons and possible solutions, on December 12, a presentation on the findings of the study “Youth Internal Migration in Georgia through the Lens of Civic and Political Activism” took place in Tbilisi. The research findings were presented to the public by its authors Nino Jibuti, EaP Civil Society Fellowship Programme Fellow, and Gvantsa Ichkiti, Research Assistant, EaP Civil Society Fellowship Programme.

The report attempts to explore the civic and political activism of young people aged 18-35 in five target regions: Imereti, Samegrelo-Zemo Svaneti, the Autonomous Republic of Adjara, and Shida and Kvemo Kartli and the perspectives of regional cross-sectoral cooperation. In addition, the study is an attempt to analyze the root causes that urge young people to leave the regions and offers possible solutions to reduce internal migration.

“The youth internal migration is a complex issue that involves multisectoral engagement and cooperation. There are a plethora of reasons that play a role in the depopulation of the regions. Young people are the segment of society that through a bottom-up approach should take part in the development of their regions at the local level. However, the reality is the opposite – they are forced to leave the region due to the lack of resources, and access to quality education,” noted Nino Jibuti, one of the authors of the research.

The audience was also addressed by Mariam Khuroshvili, Regional Liaison for the EaP Fellowship Programme (Armenia, Azerbaijan, and Georgia).

“Young people are the main driving force of our society. However, we have very little information on the problems and challenges they face. This research is of fundamental importance because it shows the voice, vision and priorities of young people living at the local level. 2022 is the European Union’s Year of Youth support (European Year of Youth) and in this direction, many projects have been implemented in Eastern Partnership countries, including in Georgia. However, we can never take care of young people without taking into account their involvement and priorities. That’s why we need to outline their role and offer effective platforms for participation. I hope that the local governments and civil and private sector representatives in all five target regions will take into account the recommendations given in the framework of the research and offer a wider arena of development to the young people living in their municipality,” Khuroshvili said.

The report reads that “According to estimates published by The National Statistics Office of Georgia (GeoStat), it can be assumed that the highest rate of unemployment is among the age group 15-19, followed by the 20-24 age group and 25-29-year-olds. The young people who should be generating wealth and gaining work experience at a local level are forced to leave their communities and move to urban areas due to the lack of job opportunities.

“Georgia’s geopolitical location, plus its socioeconomic and political situation, are considered the root causes for involuntary internal migration. Therefore, it is crucially important for a country such as Georgia to prioritize and plan and implement internal and external migration policies rationally,” reads the document.

At the end of the presentation, a Q&A session was held which allowed attendees to get involved in the discussion and express their opinions on the issue.

The research concludes that one way to keep youth in the regions and, indeed, in the country is to have an appropriate and time-relevant urban policy that encourages civic and political youth activism at a local level.

The main findings of the research reads that among challenges facing youth are – too little use of the principle of bottom-up management and participation by local authorities in the regions; infrastructure problems and limited mobility; local government priorities are not aligned with the needs of young people; Lack of basic needs in highland regions and, accordingly, limited access to resources; lack of potential for professional development locally; lack of access to quality education locally.

In terms of civic and political activism among youth, it is noteworthy that: young people do not have the feeling that their involvement will produce real results; young people are more skeptical of political activism and associate it with unwanted labels; the majority of participating youth have been involved in some form of activism at least once; in the regions, voicing a critical opinion out loud is perceived as confrontation on a personal level.

Regarding inter-sectoral cooperation, the study notes that local governments of some regions are particularly active in planning various youth events; some regions successfully involve civil society organizations in consultation meetings; personal contacts largely determine the perspective of cooperation between representatives of different sectors; effective cooperation between sectors is hampered by frequent staff turnover in the public sector; while having a critical position towards local authorities significantly reduces chances of cooperation. Moreover, in some cases, public and non-governmental sectors perceive themselves as competitors. 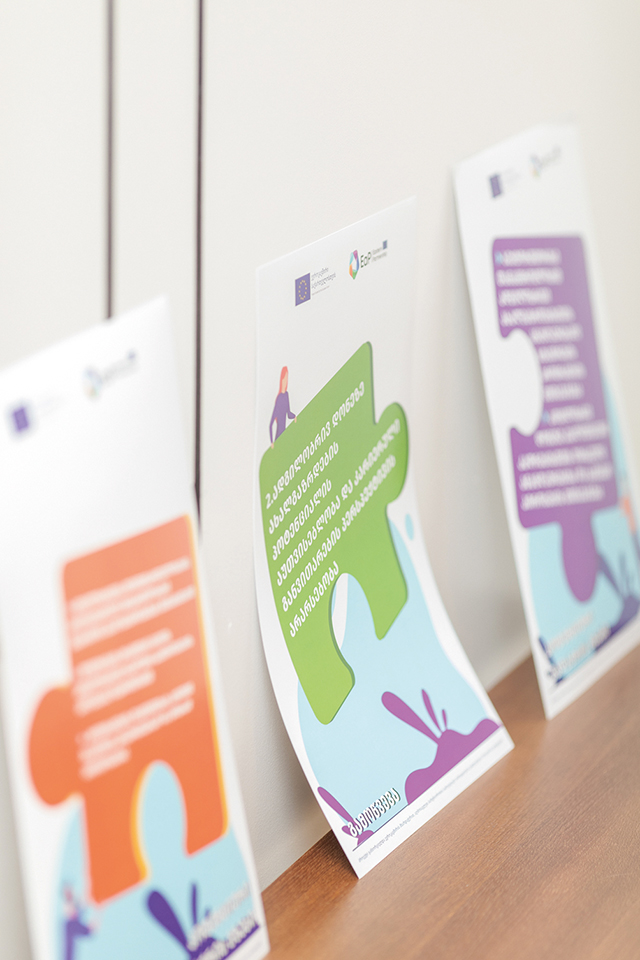 According to the research, the main causes of internal migration of youth are: lack/absence of youth spaces in the regions; low level of education and lack of non-formal education opportunities; initiatives of international donors do not match the real needs of the population. Against this background, the balance of return migration in Zemo Svaneti is positive, which is probably linked to the tourism development in the region.

Recommendations for local governments include promoting the involvement of young people in the decision-making process by developing appropriate mechanisms; increasing access to information for young people using appropriate communication channels and vocabulary; arrangement/development of municipal roads and transport; weakening of favoritism – cooperation with different organizations; enhancing cooperation between municipalities of one region by implementing common initiatives; Production of internal migration statistics by age.

For civil society organizations, the authors of the study suggest planning and implementation of sustainable results-oriented events for young people; development of programs which are based on the research of real needs and whose initiators are undoubtedly young people; implementation of programs focused on NEET youth; enhancing cooperation between non-governmental organizations operating in the region.

For the private sector, the following are suggested: in collaboration with various sectors, developing paid internship programs and promoting employment; promotion of young local entrepreneurs; offering decent working conditions and pay to qualified youth; creating a scholarship fund for students with good academic performance in the region, encouraging admission to local universities.

For donors, the research recommends conducting in-depth needs research at the local level and propose a grant project accordingly; as well as conducting result-oriented activities and quality control; instead of organizations sent from the regional center, strengthening local non-governmental organizations and providing them with financial resources.

The Project is funded by the European Union within its Eastern Partnership Civil Society Fellowship Programme 2021.

The report, both in Georgian and English, is available online at the website of the Georgian Institute of Politics (GIP).