The slow pace of power market reforms is causing stagnation in the Georgian energy sector, but hopes are high that by September of this year the new electricity markets will be up and running.

This is important because Georgia’s energy sector slowdown has been ongoing for at least five years now. Formerly a power exporter, since 2017 Georgia has become increasingly dependent on both direct power imports and gas to feed its increasing number of thermal (natural gas) power plants, ESCO data shows.

The share of hydropower has become far less prominent in the country’s power mix, in turn limiting the potential of wind and solar power uptake due to a lack of balancing capacity on the grid. While there are other factors which have brought the sector to a standstill – a lack of attractive incentive mechanisms (though there increasingly appears to be some willingness to address this issue), chaotic energy system planning, disinformation campaigns which have encouraged public resistance to hydro – much needed power market reforms are an important coefficient in this equation.

Georgia took on the obligation to reform its power markets in signing the Association Agreement with the EU in 2014. Delays have been caused by a number of factors, including lack of market participant preparedness, setbacks in the procurement of appropriate trading platforms, and other technical and legislative details which are still being worked out. Acknowledging the technical issues at hand, AmCham member and Hydrolea CEO Radoslav Dudolenski adds that there has also been a lack of market participant willingness to engage with the new markets.

Georgia agreed to reform its power markets in signing the Association Agreement with the EU in 2014. Delays came from a lack of market participant preparedness, setbacks in the procurement of appropriate trading platforms, and other technical and legislative details which are still being worked out

“The thinking has been that the arrangement of the market was comfortable – why change it?” Dudolenski adds that concerns of potential backfires in the market and frequent changes in agencies responsible for handling the reforms have also proved problematic. Market reform, after all, requires expertise and close familiarity with the issues at hand. These take time to build up.

But Head of the Energy Reforms Department at the MoESD Alexander Sokhadze is optimistic, and says that now that the markets are slated for opening in September 2022: “We want to do this very carefully, and we want to do it right. It is an absolute must for us to open them.” Here’s why it’s so important that it happens. 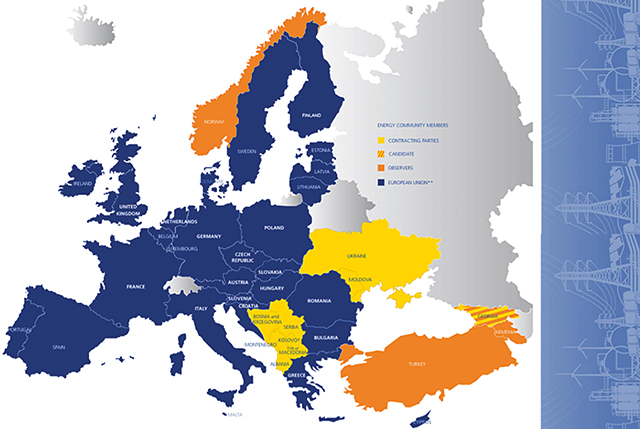 What are the power market reforms?
Georgia’s energy markets have historically been highly regulated, and have only recently begun a trajectory towards a more competition-friendly model. This includes the unbundling of supply and distribution activity on the network, the release of regulated HPPs from their obligation to price at tariffs determined by the Georgian Energy and Water Supply Regulatory Commission, and the introduction of new market structures.

Distribution and supply activities have historically been carried out by the same distribution system operators (DSO) – Telasi and Energo-Pro – leaving little to no room for third-party suppliers to enter the market. These two companies have only recently been unbundled (summer 2021), meaning that while their ownership structure remains the same, the two companies have been split into distribution (network) and supply (procurement and sale of electricity) activities; they are forbidden by law from coordinating certain aspects of their activities. This, it is hoped, will eventually encourage the entrance of additional suppliers onto the market and thus give rise to robust competition in the space.

Georgia’s energy markets have historically been highly regulated, and have only recently begun a trajectory towards a more competition-friendly model

Electricity prices have also been highly regulated. Only now are a significant chunk of regulated HPPs being released from their public service obligation (PSO) over the course of this year, meaning they will no longer be bound by tariff prices set by GNERC. PSO exemption will allow power producers to establish their own trading strategies, make their own price bids, and thus encourage the formation of real price data on the electricity markets.

The current market structure is getting a makeover as well. The current architecture has just two markets: the bilateral contracts and balancing markets. The bilateral contracts market is where the bulk of electricity trading takes place, in large volumes, over roughly month-long periods. The balancing market, in turn, is a ‘post-factum’ market, in which shortfalls or overestimations of monthly energy needs are corrected for. The new markets will significantly alter the structure by adding levels of granularity – that is, by adding a day ahead and intraday market, enabling trade on an hourly and daily basis, creating a spread of data which will establish real price data on the Georgian electricity market.

No price, no dice – why power market reform is so important
While market reform is a puzzle with many moving pieces, it is the creation of this very price dataset which is so important, and the lack of which has hindered RE development in recent years. Without real, historic reference prices for electricity, the bankability of power projects in Georgia has depended, almost entirely, on the provision of sovereign guarantees (power purchasing agreements, PPAs), which promise producers a set price per kWh produced. Fearing excess fiscal risks due to a backlog of essentially suspended HPP projects, a moratorium on PPAs has been in place since 2017, which, in the absence of other alternatives, has brought RE development to a standstill.

The incentive mechanism offered instead of PPAs, called a “feed-in premium” (FIP), is essentially useless without the presence of liquid markets: even local banks say as much, and largely refuse to finance projects backed by FIPs. This incentive mechanism offers producers up to a maximum of 1.5 cents / kWh on top of market price with a total price cap of 5.5 kWh. This gives little guarantee to the viability of projects. During due diligence on power projects with FIPs, financing institutions will often take the worst case scenario for market prices (a price of 0), which would wipe out even the most efficient of HPPs.

Thus, the formation of real market prices through the mechanisms described in the reforms above will give developers, investors, and the government a reference framework through which to examine project viability, advisability, utility and return potential.

Why is market launch delay detrimental for Georgia?
Given the current impasse on PPAs and the inapplicability of FIPs, it is imperative the new market structure moves quickly towards implementation, field experts say. The new markets will need to function for at least several years before being able to yield reliable price data. The longer the market reform stretches on, the longer Georgia goes without increased investment, and the country falls behind on its climate and energy goals. Further delay will have a cascading series of effects.

Energy security is but one of them. Russia’s war of aggression against Ukraine has shown the importance of robust and reliable energy systems, and will have sent strong messages to proponents of the idea that ‘Georgia doesn’t need hydro, it just needs nuclear.’ This is clearly not an option for a country which faces the specter of Russian incursion.

Lastly, the competitive markets will allow the legislature to more effectively and transparently carry out energy planning; a vital component to the health of any electricity system. Hydrolea CEO Dudolenski describes the price Georgia will pay for delayed market launch and inaction on energy planning: “Georgia has failed to invest enough over the past 10-12 years. Things started well, but now we are at a standstill.

So this needs to happen sooner rather than later. We are like a frog in boiling water that doesn’t realize the water is heating up. If there is no development, we will pay the price one way or another.”

Progress and prognosis
Fortunately, there is a degree of consensus that the markets are far on track to launch in September 2022. Dudolenski concedes that though there is uncertainty, “it is my belief that prices will fluctuate within the norm of what we have now if there are no backdoor manipulations.”

GNERC Director of Electricity Department Zviad Gachechiladze says he is also optimistic about the pace of market reform, and is confident the markets will indeed launch in September 2022.

“Large producers and consumers are feeling more confident in their ability to trade on liquid platforms and there is less anxiety over price fluctuations. They (producers) do remain concerned about their ability to properly and accurately forecast generation, for which we have made some allowances. Trainings for market participants are proceeding at a steady rate and the necessary platforms have been procured,” Gachechiladze says. That is – it is unlikely for the water to get so hot.

This article was written with the support of the USAID Economic Governance Program and first appeared in Investor.ge.