Where is the Gratitude? 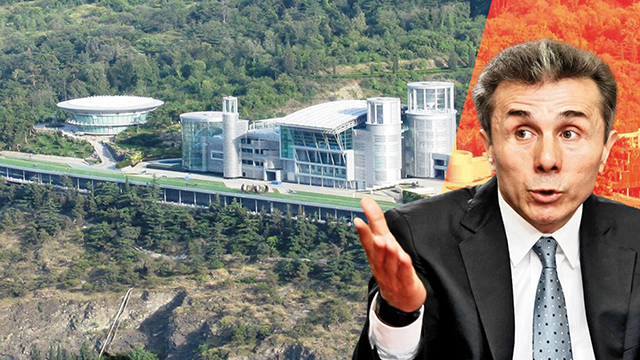 Tithing is the practice of paying a tithe, one tenth of annual earnings, voluntarily given by a parishioner to their Church. I watched this noble practice for many years in the United States, a tradition entertained by many good Americans.

At the same time, I have seen very few people, almost none, in this country following in the steps of their American fellow Christians. In Georgia, we certainly pay something to our Church, but those contributions, as far as I know, are nominal. What might be the reason for such a difference between this and that land of the same elevated Christian traditions? It could very well be the dissimilarity in overall affluence, or the attitude to faith, moral tendencies or religious philosophy, or the national character or concept of charity in general.

The former soviets did not have a very sophisticated understanding of the universally accepted and respected phenomenon of “charity”. Not that we were bad people and didn’t want to help each other; we were simply not used to things like big charity events and prodigious contributions, most often unable to afford such expenditure in any case. The only charity maker was the state and its government, if they wanted to be charitable for some reason.

But behold, the soviet way of life evaporated and capitalism took over, a fact widely celebrated and enthusiastically accepted by the entire soviet people, us Georgians too, so tired of socialism. And we started it all from scratch! People embarked on making money and, in the wake of intense and wild capitalist interaction, some of them became millionaires, even billionaires!

Georgia has gotten lucky enough to give the world tens of millionaires, but just a couple of billionaires. In a normal case scenario, we should all have been very happy not to have lagged behind the world, but something contrary happened: One of our famed and charity-prone billionaires passed away in not very transparent circumstances, leaving lingering doubts about his good relationships with the then government of Georgia; the other is still very much alive and kicking, and extremely functional in all charitable matters, which is very good for all of us to know and enjoy. The guy has restored myriad churches in this country, and constructed new ones, some of them really grandiose; he has built, literally, hundreds of schools all over Georgia and given new life to many prominent buildings that our people have always been proud of but needed help to keep standing; he has saved the lives of thousands of his fellow countrymen and organized medical assistance for just as many. The list of his good deeds may continue forever (and if reflected in cash value, it may climb to the billions of dollars), seeing him investing in government, culture, science, medicine, nature, and more.

And, most importantly, nobody has ever heard him emphasize that he is doing this wonderful job for his people; he hates the limelight and usually tries to live beyond the public eye; he loves his wonderful family to death, no member of which has ever embarrassed him with his or her behavior, being just as modest and reserved as their dad, eschewing the spot light even more than the big man himself; he usually does his charitable thing without noise, never begrudging anybody in the world. While this all comes naturally from him, it is taken for granted by the public, and his share of luck knows not only gratitude but ungrateful anger and fury, especially on the part of his political opponents, who describe him as an anti-hero and a vicious force working against the will and wellbeing of his own people; calling him names and blaming him for being an informal ruler of the country, not even mentioning the deeds done by him for the benefit of the Georgian people. Moreover, the oppositional rage against him personally has led to the idea of imposing certain sanctions on him by the Euro-Atlantic powers that be. Meanwhile, all those vile mudslingers and rabble-rousers talk by inference and conjecture, never producing any tangible corroboration about his informal dictate.

Have we totally lost our sense of fairness and gratitude? Is this what European political culture is prompting us to be? All his charitable efforts in the last thirty years, undertaken in favor of our people, constitute nothing else but a purely Western way of thinking and acting, inculcated in his incessant noble actions undertaken so unobtrusively day in day out, his charity having nothing to do with politics at all.