WB: Georgia’s Blue Economy Can Be a Vehicle for Accelerating Climate Change Adaptation 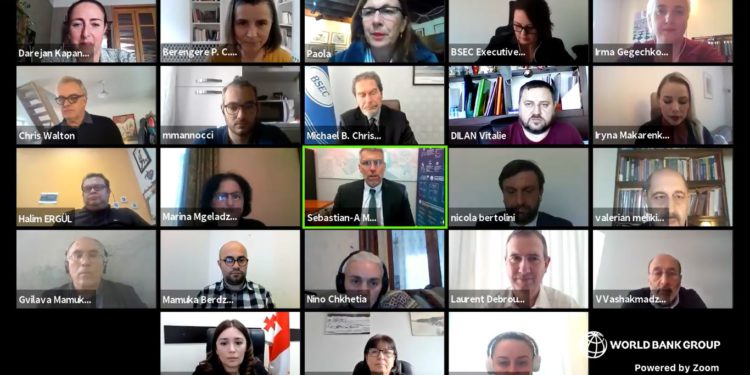 “Georgia is committed to making its coastal and marine spaces and tourism more resilient, and our Black Sea less polluted.” – Nino Tandilashvili

Greening the Coast and Blueing the Sea for a Resilient Georgia, a virtual event on climate change and marine pollution, was held on February 25 with the cooperation of the World Bank, the Organization of the Black Sea Economic Cooperation (BSEC) and the Government of Georgia.

The event was focused on the findings and recommendations of two recent World Bank reports: Impacts of Climate Change on Georgia’s Coastal Zone: Vulnerability Assessment and Adaptation Options and The Cost of Coastal Zone Degradation in Georgia: A Tool for the Coastal Zone Adaptation and the Nationally Determined Contributions. The reports identify key climate risks and vulnerabilities and the costs of environmental degradation of the coastal zone due to pollution, flooding, coastal erosion, and agricultural soil and forest degradation. Climate adaptation through resilient use of water resources and bringing back tourism to coastal areas after the COVID-19 pandemic are among the recommended priority coastal adaptation interventions.

“Georgia is committed to making its coastal and marine spaces and tourism more resilient, and our Black Sea less polluted,” said Nino Tandilashvili, Deputy Minister of Environmental Protection and Agriculture of Georgia.

With the World Bank’s global knowledge and support, Georgia is well-positioned to enter a new frontier with its climate pledges under the 2015 Paris Agreement. In addition to climate adaptation measures in its coastal zone, a transition to a more sustainable Blue Economy can become a public policy goal that can support Georgia’s EU integration agenda and its national development objectives, while preventing environmental degradation and ecological imbalances in the use of coastal and marine resources.

“While the reports seek to raise the level of urgency needed to reduce the impact of climate change on the coastal zone and the escalating cost of inaction, it is not too late for action to ensure that the coastline of the Black Sea of Georgia adapts to climate change. Overall, the blue economy is vital for the social-economic development of Georgia and other countries across the region,” said Sebastian Molineus, World Bank Regional Director for the South Caucasus.

Today’s event also initiated consultations on Blueing the Black Sea, a World Bank and BSEC supported new regional initiative to tackle marine pollution and catalyze Blue Economy investments in the Black Sea region. Recognizing the critical importance that environmental rehabilitation of the Black Sea has for the entire region, the World Bank supports Georgia, as well as other countries of the region, in their collaboration for effective pollution prevention, reduction, and control in the Black Sea.

“Transboundary pollution challenges require regional solutions,” noted Steven Schonberger, World Bank Sustainable Development Regional Director. “However, the regional goals have to translate into national investments that promote economic growth. Any country tackling pollution alone cannot guarantee a desirable quality of the sea water in a closed ecosystem such as the Black Sea. Considering this common ecosystem, collaboration at the regional level is essential.”

The Blueing the Black Sea consultations contribute to strengthened national and regional dialogue to address marine pollution and provide Georgia with a valuable opportunity to integrate the Black Sea into the country’s strategies for climate adaptation and mitigation.