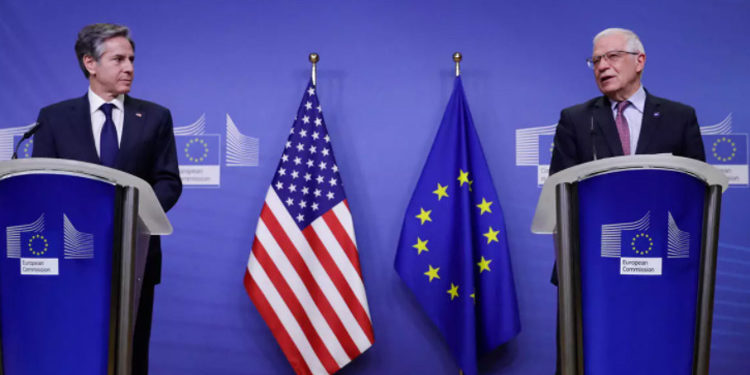 United States Secretary of State Antony J. Blinken and the EU High Representative for Foreign Affairs and Security Policy / Vice President of the European Commission Josep Borrell met in Brussels On March 24. They have issued a joint statement, where it is noted that they decided to cooperate in the fight against the Russian aggression in Georgia and Ukraine.

“Secretary Blinken and High Representative Borrell noted their determination to further address, in a coordinated manner, Russia’s challenging behavior, including its ongoing aggression against Ukraine and Georgia; hybrid threats, such as disinformation; interference in electoral processes; malicious cyber activities; and military posturing. Both sides also decided to coordinate their response to the shrinking space in Russia for independent political voices, civil society and media freedom, and the dwindling respect for human rights and the rule of law. At the same time, both sides declared that they are ready to engage with Russia on issues of common interest and to encourage Russia to abandon confrontational approaches.

They also decided to continue close cooperation to encourage comprehensive reforms in the EU Eastern neighborhood, including South Caucasus countries,” reads the statement.