Ukrainian MP Oleksii Goncharenko: Putin’s Blackmail Should Receive Only One Answer, and that Answer Should be “No!” 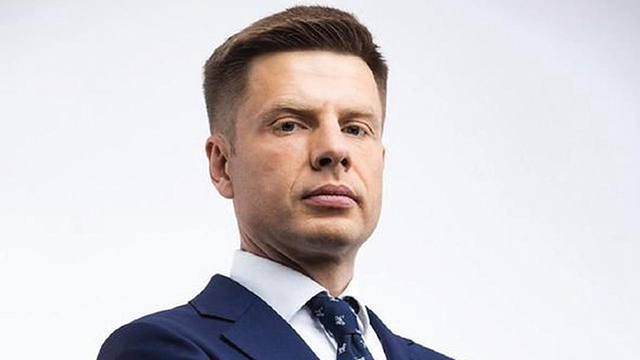 What is the mood in Ukraine? Do they expect a war? What do they think about the Western aid, Berlin’s rreluctant position and the lack of support voiced from Georgia, a strategic partner? These and other questions were put to Ukrainian Verkhovna Rada Member Oleksii Goncharenko by RFE / RL.

What’s the mood in Ukraine? What do people there expect?
People in Ukraine are very much concerned about the Russian troops on our border, but there is no panic. Ukraine has been at war with the Russian Federation for eight years now, and that means that it has become an everyday reality; we got used to it. That’s why people are not panicking. I think this is just blackmail from Putin rather than a genuine plan to invade, but all possibilities are on the table, because we’re speaking about an aggressor. If we are strong enough, there will be no new invasion; if we are not, he will act.

I want to thank all those countries helping Ukraine, not only in word, but in practical means, with weapons, with financial support. Thanks to the United States, the United Kingdom, to Baltic countries, Lithuania, Latvia, Estonia, to the Czech Republic, to Poland, all the countries which are helping us today with defensive weapons and other practical things. The more such help we receive, the less is the possibility of a new great war in the heart of Europe.

Your “gratitude list” didn’t mention Germany, despite the fact that it’s sending a field hospital and 5000 helmets. What’s the Ukrainian response to the impression of German involvement in all of this?
To tell the truth, I’m disappointed with Germany’s position. Certainly, I’m thankful for any help- 5000 Helmets is good, the mobile hospital is good, and I thank them for this. But their position on the weapons supply, their refusal to supply even Eastern German artillery, a very old one, from Estonia, to Ukraine. I cannot find an explanation for this. The fact British aircraft decided to circumvent German airspace to come to Ukraine is impossible to understand. Add to that the statements of the Prime Minister of Bavaria and now former chief of the German navy.

I think there are two reasons for Germany’s position. Firstly, the canonical one: they want to operate Nord Stream 2 and make business with Putin. They don’t want to see that it’s not a commercial project, but a geopolitical one, which will put the whole of Europe in danger. And second is that there is a still-enduring feeling of guilt towards the Russians for the Nazi war crimes committed during World War 2. But they forget, or don’t want to remember, that the biggest loss of life to Nazi crimes was seen by the Ukrainians, Belarusians and Polish. These lands were absolutely devastated during the war: It wasn’t just Russian people who suffered.

There are calls in some Western countries not to get involved, that it does not concern them, that they should stay out of the dispute between Russia and Ukraine. What would be your counter argument to them?
The counter argument is absolutely clear: European history has shown that you can never appease the aggressor enough that they stop. So, if Russia is successful in Ukraine, they will go further. Ukraine is not Putin’s first victim: There was Georgia before. We’re talking about a man who considers the collapse of the Soviet Union the biggest geopolitical catastrophe of the 20th century. This means that he will go further – for the Baltic countries, for Poland, Finland, for other countries which were under the control of the Soviet Union and part of the Russian Empire. And the second argument is that if there is a really large-scale war, Ukraine will fight for its independence. This will result in thousands of victims; nuclear stations destroyed, because Ukraine is full of technologically dangerous objects, and millions of refugees. Nobody in Europe will be able to distance themselves from it.

And there are those who argue it might be safer for Ukraine to reconsider its NATO ambitions, that it would be less of a sacrifice than immediate Russian aggression; talks of Ukraine becoming neutral, a moratorium that would temporarily freeze the NATO expansion process, etc. What would Ukraine’s response to that be?
Maybe it’s not for Ukraine to decide, but for NATO. But if NATO will accept such conditions from Russia, then I believe NATO will not be NATO anymore, because the next thing Russia will make them do is go back to 1997, with its 16 member countries. Giving Russia the right to decide who can be in NATO and who can’t means, to quote Boris Johnson, that “some countries are more sovereign than others.” I believe that Putin’s Blackmail should receive only one answer, and that answer should be no. Everything else he will consider a weakness and he will then blackmail for more.

Earlier, we were talking about countries offering support not only through words, but through deeds, too. How satisfied are you with the support Georgia, a strategic partner, has provided so far?
Were there any statements about supporting Ukraine, or calls for a de-escalation from the Prime Minister or the President? I haven’t heard them. If there were no statements, that’s certainly disappointing. It’s a pity and very disappointing.

I hope to hear Georgia’s position. In 2008, Ukraine had a clear position in support of Georgia. Our President went to Tbilisi and he said, “We stand by you.”