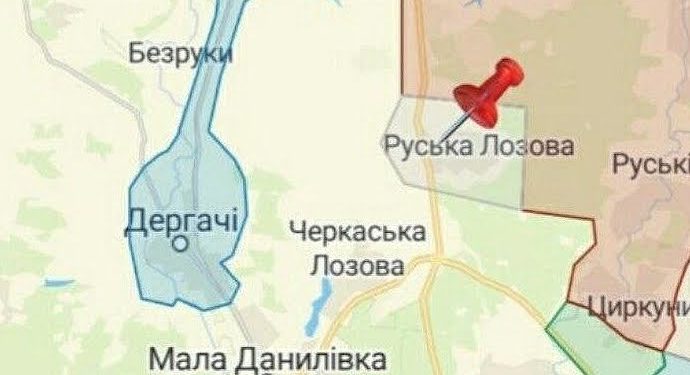 The Ukrainian Armed Forces have liberated the strategically important settlement of Ruska Lozova in the Kharkiv region from the occupiers and it is now completely under the control of Ukrainian troops, Ukrainian journalist Kazansky reported on Telegram, adding that the Russians attacked Kharkiv from this village.

“It was from this area, when it was under occupation, that the enemy opened fire on Kharkiv’s civilian infrastructure and residential areas,” the journalist said.

On April 28, the Ukrainian military regained control of the settlement of Kutuzivka, Kharkiv Region, and also held back the enemy’s offensive from several directions.